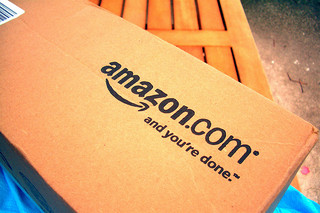 Amazon announced that one million people signed up for it’s $79 annual Prime free shipping membership program during the third week of December 2013. In fact, Amazon Prime membership sales set a new record during that time period, but that’s just a small part of the story.

There are three key reasons why Amazon had such a successful holiday retail season in 2013, and none of them were based on luck. In fact, Amazon’s 2013 success comes from years of strategic planning.

2. Convenience and Ease of Purchase

Since the Amazon mobile shopping experience is similar to the online Amazon shopping experience that consumers are used to, it’s extremely easy for them to make purchases anytime and anywhere with their mobile devices. There is no learning curve. All of their Amazon shopping cart information, wish lists, shipping addresses, profile data, and account information is at their fingertips using their mobile devices or their computers. With the handy one-click ordering feature, Amazon mobile app users can complete a purchase in seconds just like they would on the Amazon website.

Amazon’s mobile app isn’t filled with clutter and extras that are useless to consumers. Instead, it provides all of the information Amazon customers expect such as search functionality, price comparisons, and reviews as well as extra mobile features like bar code scanning, product availability checking, and more.

In addition, Amazon has worked to extend its brand across mobile experiences to further increase brand loyalty. Not only does Amazon Prime boost customer loyalty for retail purchases, but products like the Amazon Appstore, Amazon Audible, Amazon Instant Video, Amazon Kindle, and Amazon ebook borrowing (for Prime customers) enable the company to surround consumers with a variety of ways to experience the Amazon brand that all lead back to Amazon.com or the Amazon mobile app in some way.

Amazon’s efforts in recent years have had a clear strategic purpose, and today, the brand is far stronger because of those efforts. One million new Amazon Prime customers at $79 each in one week says it all. Now, Amazon has one million more people to welcome into the Amazon family who can try the many Amazon brand experiences (and tell their friends about those experiences). It’s a great brand setup for 2014 and beyond. 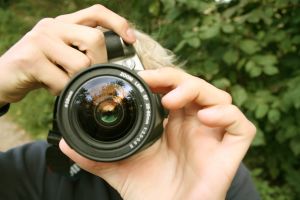 The world is visual. People are visual, and today, the internet is visual. As more websites shift to an image-first design strategy, brands are discovering that they need to be visual, too.

Of course, words are essential, too. Words combined with images have an even more powerful effect than either words or images can have on their own. Words add context to images and vice versa.

Most brand marketers understand the importance of brand communications via words, but they don’t give brand visuals the importance that they deserve in the marketing plan.

Following are five reasons you need to develop a visual brand to stay competitive.

1. Visual brands stand out and get noticed.

Images and colors stand out and get noticed. When people visit web pages, the images are the first thing eyes are attracted to. What visuals do you use to represent your brand and make sure it gets noticed? You need a visual brand to stand out not just from text but also from all of the other imagery that consumers are bombarded with each day.

Research shows that people like to share images, particularly via social media. Sharing is a critical part of word-of-mouth marketing for brands, so get visual and get shared!

If a picture paints a thousand words as the saying goes, then a brand that isn’t visual is missing huge opportunities to communicate with consumers. Images can be universal and are capable of evoking emotions without any words at all. Since the most powerful brands are typically well-connected to consumers’ emotions, it makes sense that a visual brand has a better chance of success than a non-visual brand.

Since images can evoke emotions, then it shouldn’t be surprising to learn that images can also influence people’s behaviors. The same holds true for visual brands. Let visuals do the talking for your brand and you’ll see their influence as people react to them.

Images are easier for most people to remember than text. To build awareness and recall of your brand, create relevant and effective brand visuals. 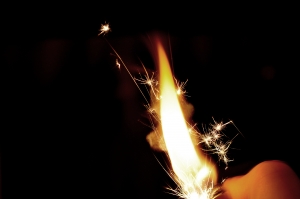 As a recap, here are some must-read articles from the 2013 Corporate Eye Brand Archives about the biggest brand marketing topics of the year.

While we’re not at a mobile-first marketing strategy for all brands yet, we’re certainly at a multi-screen marketing strategy already. Mobile will continue to grow in market size and importance, and you can bet things will never go back to the way they were. Resistance is futile. For more information, read:

Big data continues to be one of the hottest marketing topics although gathering the right data and effectively using that data to truly boost ROI remains elusive to most companies. For more information, read:

Any way you look at it, brand marketing is about digital and mobile today. However, a fully-integrated marketing plan where online, offline, and mobile elements complement each other is always the best strategy to follow. With that in mind, don’t get so caught up on online and mobile that you start losing opportunities in 2014. 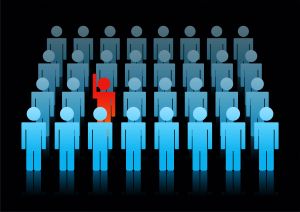 In its 2013 State of Sponsored Social report, IZEA reveals that social sponsorship is on the rise and cutting into display advertising budgets for many brand marketers. This finding comes from a research analysis of over 10,000 brand marketers, social media consultants, and key social influencers’ opinions and experiences with social sponsorships and display advertising.

The growth in social sponsorships isn’t surprising given that 30% of marketers who responded to the IZEA survey indicated that they believe display advertising is dead or dying. This belief is corroborated by influencers. In total, 55.7% of influencers indicated that they make more money from social sponsorships today than from display advertising. 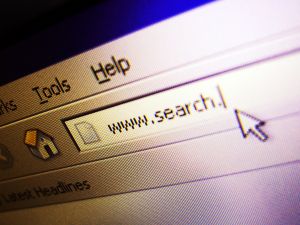 The 2013 Google Zeitgeist, which ranks the most popular web searches of the year in a variety of categories, has been released, and there are a number of brand-related lists and charts available to give you an idea of what brands were hot in search during 2013.

Most Searched for Brands of 2013

The five most searched for apparel brands and retailers in the United States in 2013 were Kohl’s, JCPenney, Nordstrom, Forever 21, and Victoria’s Secret. It’s important to point out that not all searches are conducted for the reasons brands would want. The ongoing problems at JCPenney during 2013 put the brand in the number two position on the Google Zeitgeist list of the most searched for retail brands this year.

Most Searched for Branded Products of 2013

From a branded product perspective, the top five most searched for beers across in the United States were Blue Moon, Bud Light, Bud Light Platinum, Kingfisher, and Stella Artois. When looking for new cars, the five most searched for cars were the 2014 Corvette Stingray, 2014 Chevrolet Camaro, 2013 Honda Civic, 2014 Honda Accord, and 2013 Jeep Wrangler. However, for hybrid and electric cars, people searched most often for the Chevy Volt, the Fisker Karma, the Toyota Prius C, the Toyota Prius V, and the Toyota Camry Hybrid.

Most Searched for Companies of 2013

You can see more lists, including lists for a number of countries, and compare these rankings with rankings from previous years on the Google Zeitgeist website (just follow the link at the beginning of this article). Google also created an annual zeitgeist video which gives a great overview of the year in search. You can watch it below. 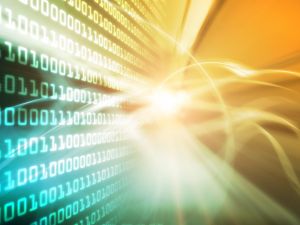 First, Nielsen ranked the top 10 U.S. web brands for 2013. With an average unique audience of 164.8 million per month, Google took the top spot followed by Facebook in second place with 135.0 million unique visitors per month.

When it came to online video in 2013, no other brand came close to matching Google’s YouTube with 128.4 million unique visitors per month. Trailing significantly behind in second place was VEVO with 37.2 million unique monthly visitors. The top five also included Yahoo! (35.4 million), AOL Media Network (26.4 million), and MSN/WindowsLive/Bing (19.8 million).

It’s interesting to note how young some of these web properties and smartphone apps are. Instagram, Twitter, Facebook, and many other brands and properties on these lists haven’t even been around for a decade. The growth rates are amazing. Looking at the fastest growing smartphone app in 2013, Nielsen’s data identifies Instagram in the number one spot with 66% growth year over year.

The question is whether or not Google and Facebook can hold onto their positions of power in the future. What do you think?