We often get asked about the best way to approach the corporate website when it is to be used by people speaking different languages across the world. I invited Pascale Chauvot to discuss the issues involved in communicating across borders, and the importance of glocalisation. 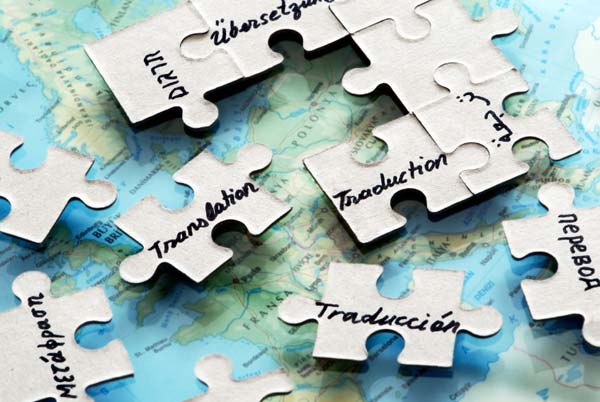 ARE YOUR MARKETING COMMUNICATIONS GETTING LOST IN TRANSLATION?

As businesses globalise, new challenges arise that the organisation may not have considered when they simply operated in their own country. Marketing departments in particular face situations that could inadvertently cause problems or simply not resonate with their new audiences.

Many organisations who are addressing a new market for the first time identify the basics. For example, checking to make sure the use of slang words or a trendy slogan in one location doesn’t mean something obscene or is meaningless in another, even in markets where the same language is spoken. But is the organisation careful to scrutinise spelling options or use of everyday words that may have completely different meanings depending on dialect? Additional challenges when crossing the language barrier can be minimised with the use of a good translation service to ensure correct translation of a marketing campaign into the target audience’s language.

However, many organisations fail to take into account a number of other factors. The Chartered Institute of Marketing highlights several key areas where marketing communications can go badly wrong that go way beyond language faux pas. These include several cultural factors.

For example, loud, flashy, hyped marketing campaigns that might work well in the US are unlikely to be successful in the UK, where a low key, understated, modest approach is often more effective. Neither of these techniques may be very effective in Germany, where factual detail and a calm, controlled, direct communication style is generally expected.

Levels of modesty can be a key factor in many markets. “Sex sells” is often quoted, but is your market ready for an overtly sexualised message where the promotion of family values or religious adherence is the expectation – at least publicly. Many cultures are shocked by the directness of what can be seen on Italian television, for example, that may not be suitable for many other European audiences, never mind much more conservative audiences in India. Less sexualised images, such as clothing choice are more subtle, nevertheless they can also cause difficulties in certain audiences. Touch can be misinterpreted easily, especially across the gender barrier.

Imagery can be fraught with misunderstanding. For example, in China this can involve anything from the wrong selection of colours (red is generally lucky but using red ink is not) or numbers (displaying sets of 4 items should generally be avoided). A story board with a sequence of frames in the Middle East would need to flipped around if it is retold in the Arabic language; otherwise, your story is being told in the reverse sequence!

Regional differences should be recognised as well. Staying in the Middle East, a marketing campaign using imagery of beautiful models may be on trend in Dubai but may be completely illegal in Saudi Arabia, where even shop mannequins are ‘decapitated’ so that, from the Saudi religious authority’s point of view, the danger of idol worship is removed.

Understanding mindset is also important. What is the attitude toward luxury? In many countries in Europe, it is portrayed by understated, old world manners. In many countries in the developing world, it is exhibited in a much more flashy manner, especially when the market is motivated to be seen with something new, exclusive or in limited supply. Even the definition of luxury can be problematic across different markets. For example, is a late model Mercedes considered a luxury motor vehicle or the vehicle of choice for that city’s fleet of taxis?

Organisations wishing to reduce their risk of marketing campaigns becoming lost in translation should keep one word in mind: glocalisation. Whether national, regional or targeted to a specific market segment, understanding how to resonate with your local audience is key. Keeping in mind that glocalisation involves much more than language translation; it includes understanding what core cultural values your markets have and how your markets think. Taking steps to becoming glocalised experts in your new markets will make your message much clearer and receive the impact that it deserves.

Pascale Chauvot is the Head of Training Management at Communicaid, a culture and communications training provider. A French national based in London, she specialises in languages and has previously taught French and Spanish in schools before becoming a professional language trainer.