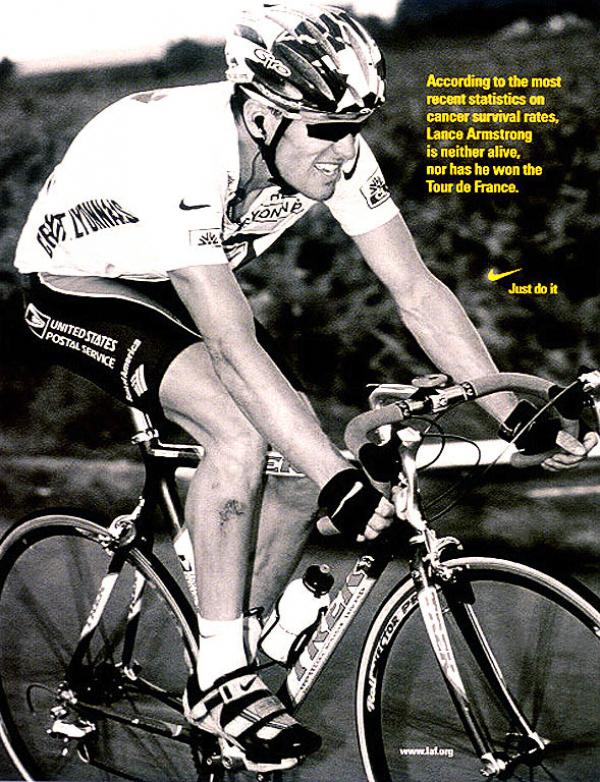 Paying celebrities to endorse a brand is dangerous territory. This isn’t a new revelation, but brands still shell out massive amounts of money to have the “it” celebrity of the moment appear in ads and say how great the brand is.

The latest celebrity brand endorsement gone wrong story (Lance Armstrong admitting to Oprah Winfrey that he used doping to win all of his Tour de France titles) reminds us once again how risky it is to pay to attach a celebrity name to a brand name.

The list of celebrity endorsements of brands that have gone terribly wrong for the brands is long. Here are a few:

Two years ago, I wrote an article for Corporate Eye that discussed research about celebrity endorsements from Ace Metrix. The data showed that showing celebrities in ads does not drive a lift in sales. In fact, brand ads that featured celebrities showed a negative lift. I wrote:

The report was based on a study of every nationally televised ad during the first 11 months of 2010 and included extensive efforts to present fair and balanced statistical analysis of the results.  The study found that regardless of age or gender, ads without celebrities performed better than ads with celebrities.

Most consumers cited reasons they found celebrity ads to be ineffective as: being confused by what product the celebrity was endorsing and simply not liking the celebrity in the ad.

Ace Metrix concludes from its findings that consumers today are not as easily influenced as they once were.  With quick access to massive amounts of information on the Internet, they want equally quick and instantly relevant messages in ads.  Celebrities affect them far less than relevant messages.

Of course, there are times when a celebrity brand endorsement has a positive effect on the brand’s reputation and sales, but it’s a risky initiative that can go wrong in an instant. The risk is even greater today, because of the immediate and broad reach of the social web. A photo snapped that happens as part of a celebrity’s private life can be tweeted, shared, and seen by millions faster than you can imagine. Today, brands have far less control over the effects celebrity behaviors (even in their personal lives) can have on the brand’s reputation. Guilt by association can be extremely damaging to a brand.