We have discussed what Twitter is, where it came from, and how it evolved into a useful platform for business.

Next, we talked about who is using Twitter right now.  What companies have official Twitter accounts, companies using semi-official accounts, and how those relate to Investor Relations.

And now, the part you’ve all been waiting for. 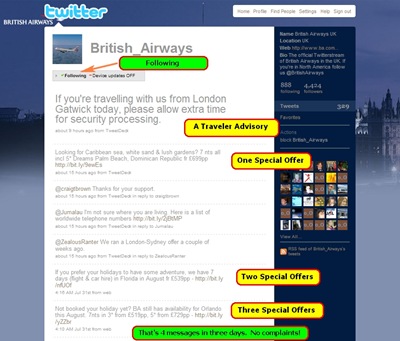 Twitter is a communications tool.  Of course, your website, all those emails you type, your newsletter, your annual report, your press releases, your executive’s presentations, and all of those appearances by company bigwigs on CNBC are all communications tools too.  Why add one more?

Because, what Twitter brings to IR communications is unique.

There is a lot of noise about what Twitter can and can’t do.  There is even more noise about how big of a role Twitter will play in the future and what that role will mean for other forms of communications, electronic and otherwise.  For IR Departments operating in the real world trying to hit measurable metrics, it is best to ignore these often overheated discussions.  In the business world it doesn’t matter what Twitter is, what Twitter will be, or what Twitter won’t be.

All that matters is that Twitter brings one thing that you can’t get anywhere else.

What makes Twitter valuable to investor relations groups, and business in general is that it is proactive.  That is, with Twitter, you initiate the contact with investors and prospective investors. The IR website, those presentations, and even those appearances on television all require that the people you want to communicate with come to you for information.  In other words, you have to wait until people come to you to tell them what you need to say.  That puts you at a disadvantage when time is of the essence, or when you want to determine the speed at which people know about certain data.

Being proactive does not make Twitter unique.  There are numerous forms of communication all of which can be instigated by a business or investor relations department.  Easy examples include mail, phone calls, email, newsletters, and so on.

What makes Twitter unique is that it the only form of proactive communication in which frequent use is not only acceptable but respected.

Consider the standard email message. Send one email full of critically important information to thousands of investors and potential investors and you will quickly be labeled a spammer, regardless of whether people opted in or not.  While a single piece of regular postal mail might be accepted or even welcomed, multiple mailings will not only be expensive, but will quickly become regarded as junk mail.  And, don’t even start with phone calls.  Demands to be removed from your calling list, name calling, and questions about your motivations will be the least of your worries.

Start up a corporate Twitter account and then send out “only” three tweets a month and watch the complaints roll in.  Imagine the different response if you sent out three emails a month to your email list. 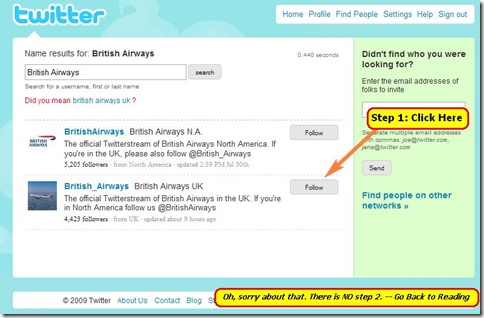 Following is a manual process.  That means that each and every user who follows your company’s official corporate Twitter account has declared a willingness to receive the messages you send.  This is also not unique to Twitter.

What is unique to Twitter is the complete and total control of the user receiving the communications.

In every other situation, except other social messaging platforms, the control over communications ends the moment the user gives another party their contact information.  From that moment on, the end user is at the mercy of the third-party to honor their wishes. Whether it’s phone calls, emails, or postal mail, the minute a user hands over their phone number, email address, mailing address, or whatever other means of receiving communications they have, the recipient has the ability to use that data anyway they see fit, including giving or selling that same information to others, who inherit the same abilities.

With every additional communication a business or corporation sends, the user grows more confident that the communications being made are too frequent in number and that the sender is no longer respecting their time or privacy.  Each additional phone call brings your earnest IR communications closer to being considered no better than telemarketing.  Every new email message risks the wrath of spam filters.  And, while there are few options to stop regular mail, each envelope that arrives, starting with the very first one, risks earning an unopened trip to the shredder or trash bin.

The only way to prove one’s good intentions is to respond to the user’s request to stop communications altogether. A Catch-22 that leaves the company IR group no method by which to both prove their integrity and continue communicating with investors at the same time.

Whether Twitter users consciously realize it or not, they have come to realize that there is very little downside in signing up to receive the communications of others by following them.

Following another person does not give that person the ability to transfer their ability to send messages to another party, because knowing a Twitter user’s account name is of no use.  The user must instigate communications via a follow.

Likewise, a person being followed has no means of continuing communications with a Twitter user who has stopped following them.  No follow-up questionnaires, no surveys, no “we want you back” coupons, nothing, nada, zip, zero, zilch.

Additionally, Twitter makes requesting more information almost too easy.  With a single click, a user begins receiving exactly what they asked for, no more, no less.  There are no forms to fill out, no checkboxes, no “Confirm” button, no pop-up window, no “special offer”, nothing but a single mouse-click.  It is the same for everyone, whether it’s multi-national corporations, or your own grandmother.

Changing your mind and turning off that request is just as easy.  With a single click, the user can “unfollow” anyone, even Grandma.  The communications cease immediately and completely.

What Twitter Is Then, Is Safe Communication With Business and Others

With a single paradigm shift, Twitter has become the safest, easiest, way to get more information about almost anything.  Guy Kawasaki is a business writer and one of the biggest Twitter personalities.  The brilliance of Twitter is that you can see what he has to say by following him, and if after a while you decide that he’s more of a tireless self-promoter than business savvy guru, you can unfollow him.  You stop getting his tweets, but all those other users keep getting them.  Everyone wins, no harm, no foul.

Twitter lets users try a little of everything, or nothing at all.  You keep what you like and get rid of what you don’t.  Then you are free to sample even more, all with no obligation, no temporary email addresses, and no automated responses to your unsubscribe request.  It’s all the information you could ever want, risk-free.

Without trying, Twitter has also become the perfect method for investors, and prospective investors, to get more information from companies they are interested in, and not just via some form letter and a book or brochure that might be several months old.  Instead, continuous, updated, data can be theirs for the asking, with no phone calls, no hold-time, no waiting for mail to come, and no temporary email addresses (to avoid all those email problems).

The best part about Twitter is that when the investor’s interest in the company wanes, he need to do nothing more to stop the incoming communications from that company than click a single button.

Thus, an investor looking to make an investment in the oil industry, for example, could begin by following a dozen or more energy companies.  As her research (both Twitter tweets, and otherwise) narrows her potential investment choices, she unfollows the companies that no longer interest her.  This not only stops unwanted communications, but also focuses attention on those that remain.

The same process could be repeated again and again depending on the investors needs, with a high-volume investor following dozens or more companies at a time, and lower volume trader following just a handful.  Either way, the list expands and contracts as needed.

If you can’t wait to sign up for Twitter and start tweeting your way to glory and huge performance bonuses, you need to take a deep breath and pause.

A cursory analysis will leave one worrying about potential legal and regulatory issues, of which there are many.  However, that is moot if no one reads your tweets.

With Twitter your real concern is generating a Twitter feed of tweets which not only encourages users to follow you, but also keeps those already following you from hitting the unfollow button.  Doing so is far more difficult than staying within regulatory and legal boundaries.

Otherwise, your Twitter endeavor will end up yet another way to spend time and money without acquiring a single new stockholder.  Your company’s cheerleaders already own as much stock as they are going to.  If your Twitter feed is nothing but a recycled list of your company’s press releases, they’ll be the only ones following, and they already read the releases. 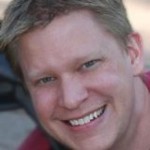 Brian is a small business owner, consultant and freelance writer. Brian began his professional career in the computer industry as a consultant where he became keenly aware of the internal workings of companies from Fortune 100 giants to small two-man shops. While working with a mutual fund company, Brian developed a strong interest in finance and became a Certified Financial Planner. As a financial professional, Brian specialized in working with small business owners. Brian is the co-founder of ArcticLlama, LLC a premier business writing and consulting firm. He also runs a real world personal finance blog. Brian lives in Denver with his wife and daughter.

Previous Post Nickelodeon Says No to Slime and Yes to Boring
Next Post Track Brand Mentions on the Social Web with SocialSeek, ViralHeat, PeopleBrowsr and More