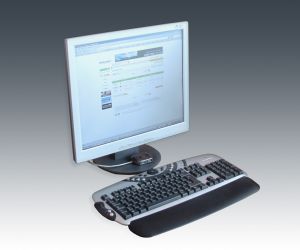 In a new report from comScore, data for the third quarter of 2010 shows that Facebook serves twice as many display ad impressions to the U.S. Internet audience as the next closest display ad publisher, Yahoo! sites.

These statistics are quite different from first quarter 2010 data, which showed Facebook with just a 16.1% share of display ads published versus Yahoo! sites with 12.1%.  In fact, comScore points out that “Facebook now accounts for 1 in 4 online display ads in the U.S.”

Take a look at the market share data for the top 10 online display ad publishers for the third quarter of 2010 below:

Two final points of interest that I want to point out come directly from the comScore press release:

That’s a lot of display ads, and the trick to success is becoming more and more a matter of finding your niche audience and getting them to notice and remember your display ad.  Frankly, it’s a good thing brand managers have social media marketing and content marketing to turn to, because display advertising is a crowded place!