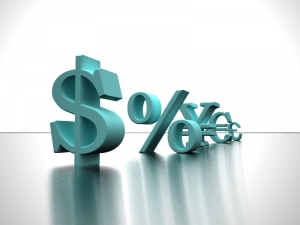 Digital marketer Darren Herman published some statistics related to digital ad spending on his blog last week that give an interesting perspective to what’s happening in the world of online advertising these days.

According to his research, five companies controlled 64% of the $64 billion in revenue generated from digital advertising in 2010 (per ZenithOptimedia).

Here is the 2010 advertising revenue breakdown by company according to Darren’s research:

Together, these 5 companies generated $41 billion in advertising revenue in 2010. Of course, Facebook is still fairly new to the digital advertising game, so there is no doubt that this breakdown will look very different when 2011 numbers are available.

However, Google is clearly the leader in the world of digital advertising — by a landslide. That’s not a secret, but sometimes seeing the numbers right in front of you, as they are above, is still amazing. Can one company continue to be so dominant in its industry? How long will Google live the good life? These are the questions that can only be answered by time.

It’s important to note that the figures used in Darren’s analysis might not be perfect, but they can certainly be used to demonstrate Google’s online dominance. Furthermore, Google generates most of its digital advertising revenue from its paid search advertising product. As Pareekh Jain mentions on Business Insider and explains on his blog, this part of Google’s business is dominated by the four BFSI keywords (insurance, loan, mortgage, credit), which generate 59% of its revenue.

Therefore, two things are certain: Google is a force to be reckoned with in the world of search and digital advertising, and there is room for a creative competitor to gain a foothold in the digital advertising space. A single dominant player can only remain at the top for so long.

What do you think about these numbers and the state of the digital advertising industry? Leave a comment and share your thoughts.