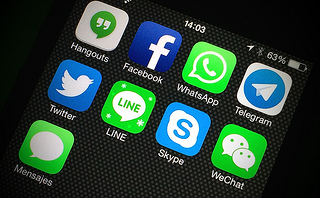 GWI Social released a report that provides data about the fastest growing mobile social apps tracked between the third quarter of 2013 and the first quarter of 2014. According to the data, the fastest growing social app used on mobile devices during that time period was Snapchat, which grew more than twice as much as the next closest social app (Kik Messenger). Snapchat membership grew by 67% (outside of China), which is impressive enough, but it’s nothing compared to the 95% that Snapchat grew among 16-19 year olds oustide of China during that period.

Of course, Snapchat is a newer app than some of the more mature social apps, so it’s not completely surprising that it grew more than apps like Twitter and YouTube did. However, the explosive growth of Snapchat is important for a very specific reason. It shows brands what people really want from their mobile devices.

Before we take a peak into consumers’ wants from mobile social apps, here is an overview of the growth rates of the top 14 social apps according to the GWI Social report (follow the link at the beginning of the article to read the full report):

Now, let’s take a look at the five things brands can learn from the fastest growing mobile social apps:

Yes, you’ve heard this many, many times in the digital space, but content rules in mobile, too. Take a look at the list of the fastest growing social apps. More than half of them enable users to publish and share content—text, video, and/or images. Prioritize content in your mobile social marketing and your brand will have a better chance of getting noticed, shared, talked about, and purchased.

Today, people interact using mobile social apps in creative ways. Yes, we still use words, but snapping a picture or sharing a video is just as common today as sending a verbal message. To get noticed, you need to prioritize diversifying your brand content and interactions for the mobile audience.

Visuals matter more than ever in mobile social apps for the simple reason that it’s often faster and easier to snap and send a photo than it is to type out a message. Not only should you prioritize visual content in all of your content marketing efforts, but you should also prioritize it in your mobile marketing.

5. Entertainment is in Demand

Take another look at the list of the fastest growing mobile social apps. Did you notice how many of them provide entertainment to users? Whether it’s sharing pictures, watching videos, messaging, interacting, or combining activities through mobile video messaging, people are being entertained through their mobile devices. In fact, mobile entertainment is in demand but supply is still very limited. Think about how your brand can seize the opportunity to fill that demand and connect with consumers in a way that could be the start of a meaningful relationship that turns into word-of-mouth marketing and sales.