The News section on a corporate site has to engage and inform fast, like a good front page story. Media stakeholders won’t thank you for making the latest company news hard to find, especially if they have a deadline to hit.

Roche have done a great job of designing their Media Store with these demanding stakeholders in mind. Super-easy to navigate and with a lots of best practice on show, the Roche site is guaranteed to engage and inform. 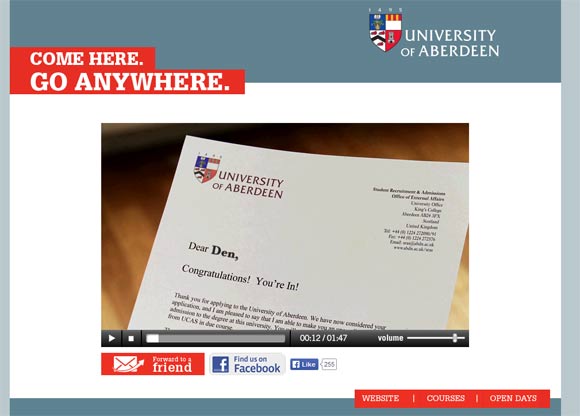 How do you make your career offer stand out from its rivals? Maybe the answer lies in the university sector, where institutions are also chasing the best recruits in engaging and innovative ways.

Most of us are very well connected these days.

I’m not talking about knowing the right people, but about technology—smartphones, tablets, and laptops give us a lot of mobility and potential to do research and shop from just about anywhere. That is why it is important for businesses to show a unified front when it comes to customer experience. Your site should look the same and have the same functionality no matter what device you’re using.

The path to purchase isn’t straight and narrow, it’s now a winding path— or maybe stepping stones are a better analogy, as we hop between devices—however, companies can use their own data to develop a customer journey map that leads customers back to purchase.

There are other things that you can do in order to help visitors to buy your products:

The customer journey is not always a short and sweet process but using techniques like these you can help increase sales and conversions on your site.

I came across this infographic, which I thought you’d enjoy, from Signal.co. Read their post, too; it’s very interesting. I know I switch between devices all the time, depending on where I am; and I double-screen too…

And, of course, this doesn’t apply only to B2C customer journeys. 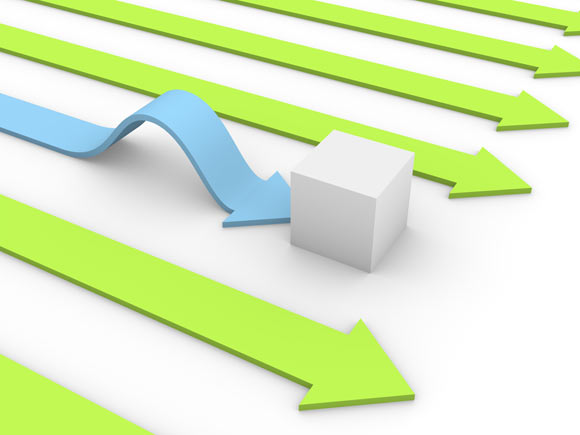 How many other people have the same name as you?

There are a lot of Lucy Nixons. As well as several in the UK, I know there’s an estate agent in America, as well as a Lucy who does equine Reiki treatment. In Australia there’s an illustrator and a cyclist… and there must be more.

Plenty of scope for confusion, especially since we obviously have similar email addresses. In recent weeks I have:

It must happen to some of you too, surely?

Mistakes happen to us all, and I don’t mind emailing the cyclist’s coach to explain that I’m several decades older than her athlete and on the wrong continent. I do understand that mistakes happen. And I do my best to sort it out – I don’t like to think that people are missing out on work, for instance, because the emails have gone to the wrong place.

But it seems that customer services from some big companies just can’t cope when someone who isn’t a customer phones up to try and rectify a mistake.

I’ve now phoned the beauty company multiple times, but their customer services teams don’t know what to do. Responses vary:

Although I know the account number and order numbers of one of the other Lucys, since I’ve received everything including her contract agreement, I’m going to fail security because my address, phone number and date of birth are never going to match hers, no matter how many times they ask. Because I’m not her, and that’s why I’m calling.

All I want them to do is to contact the Other Lucy and ask for her correct email address. They obviously have her home address and phone number, so it shouldn’t be hard…

So here’s the thing: can your processes handle a mistake of this type? Can your customer service team step away from the script and pro-actively resolve a problem? Because if not, you may find that they’re frustrating people who aren’t even their customers, and who are only trying to help.

And—the other Lucys? If you’re out there, please tell them what your real email address is.

Today I received an email from the beauty company to let The Other Lucy know that she owed them some money. So today’s call with their customer service went a lot better… I explained (yet again) that I wasn’t their representative and wasn’t going to pay this bill. I believe that they are now trying to contact her to ask her to change her email address.

Chris says “There is a lot more to logo designs than meets the eye. The colour, font, and shape of a business logo have certain associations that influence how a customer perceives your business…the importance of choosing an appropriate logo for your business becomes all the more important.” 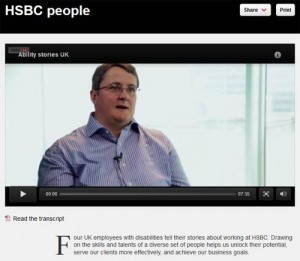 “Well of course we’re serious about diversity,” the HR Director said, “You can see it on our website”.

And there it was in their People section – a single webpage with a few dry paragraphs and a library picture.

But HSBC have come up with a great way to tell their diversity story online. By including video profiles of HSBC employees with disabilities, they’ve provided content that engages and conveys key messages about HSBC workplace culture.