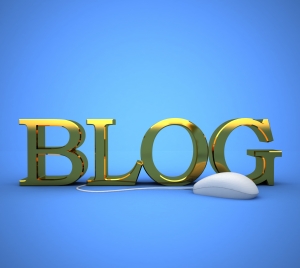 For brands, this data is critical. The research found that blogs influence household purchase decisions for 54% of the survey respondents, gifts that consumers are buying for themselves (45%), and gifts they’re buying for other people (30%). In fact, 25% of respondents indicated that they buy something each month based on blog content!

Blog advertising (display and text) as well as sponsored posts offer excellent ways for brands to get in front of consumers on blogs. However, brands are missing key opportunities to seize useful sponsored content opportunities. Popular bloggers and smaller, niche bloggers with coveted audiences receive dozens or even hundreds of blog advertising and sponsored post pitches every day. Most of these pitches are templated email messages sent to many bloggers which go directly to the email trash can. When brands do successfully connect with a blogger, they often provide self-promotional content that is either irrelevant to the audience or so self-serving that it would damage the blog’s reputation and audience’s trust in the blog too much to publish it. Trust me. I get these pitches for my blog every day and there are very few that I actually respond to.

Brands that invest the time into finding the right blogs to connect with their target audiences, craft pitches that are exclusively for those individual blogs, and provide useful, meaningful content that the blog’s audience would be interested in will reap the rewards. Blog are not dead. For brands, they’re more powerful than ever but they have to be leveraged correctly.

You can see more data from the study in the infographic from Research Now below.

Do you have a blog strategy in place for your brand? 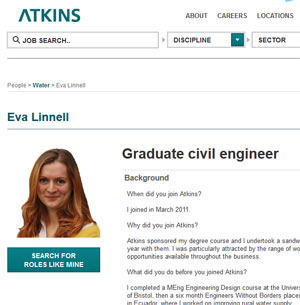 It’s hard to find a company that doesn’t offer biographies of current employees these days, and sometimes they seem indistinguishable.

There’s lots to like about the Atkins careers site, and the biographies in the careers section is one of them.

For example, they include ‘search for jobs like mine’ as an option within the biography. That’s a great call to action for those people inspired by the biography – and a nice use of the ‘voice’ of the employee.

Many B2B companies use case studies to help promote their skills and / or products.

Myknowledgemap is one of these; but note that they offer a filter to help visitors find case studies relevant to them (by sector and product). If there are a lot of case studies to go through, this would be very helpful. 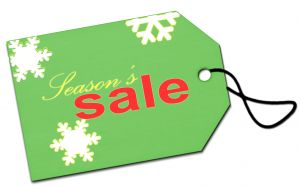 For consumer product brands that offer their products for sale in the United States, Black Friday and Cyber Monday are very important sales days. For years, brand marketers have reduced prices, opened retail locations early, and invested heavily in advertising to get a jump on holiday shopping sales. However, consumer behaviors are changing, and brand marketers have to shift their marketing strategies to meet changing consumer demands.

1. Black Friday is Already Too Late

When it comes to holiday shopping and getting the best deals, U.S. consumers are looking days (or weeks) before Black Friday. While many stores are opening earlier than ever for Black Friday, and some are even opening on Thanksgiving Day, many retail locations were already offering holiday shopping sales before Halloween arrived. In mid-October, it was not surprising to see Christmas decorations and hear Christmas songs in large retailer’s stores. By the time Black Friday gets here, many consumers will already have some of their holiday shopping done!

2. Cyber Monday is the Top Priority

Online sales are more important than ever with more consumers doing all or most of their holiday shopping online in 2014. Brand marketers who don’t prioritize Cyber Monday—and online advertising and promotions overall—will lose sales and revenue to competitors who understand how consumer holiday shopping behaviors have changed.

With holiday sales and promotions starting well before Black Friday and Cyber Monday this year, there is already a greater focus on price competition than ever. Brand marketers who can differentiate their holiday marketing to effectively bypass the price wars will reap the rewards. However, getting through those price wars to capture consumers’ attention won’t be easy. Brand marketers have to start their marketing efforts early and come out strong to break through the price messaging clutter that will dominate leading up to and continuing long after Black Friday and Cyber Monday.

How has your brand marketing changed to leverage the consumer behavior shifts of the holiday shopping season? Leave a comment and share your thoughts on Black Friday and Cyber Monday brand marketing in 2014. 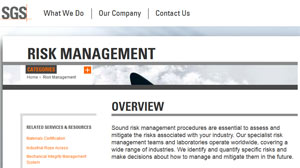 SGS use a large hero image on a page… but then, after a while, or as the visitor interacts with the page (scrolls down, for instance) the main body of the content scrolls up, gradually covering most of the image. The image (and subsidiary navigation) can be revealed in full by clicking on the + sign.

A small thing, but it does put the focus on the text.

Note also that they have used a popup to good effect on the links at the foot of the page, displaying a teaser for the page. Clever…

Leading brands are spending time on Instagram for good reasons. Their audiences are growing and engagement is growing even more! During the third quarter of 2014, the average Instagram post by the top 100 brands averaged 18,822 likes and comments, which is double the number of likes and comments received one year ago and 12-times more than two years ago. The average engagement per post grew by 416% since 2012.

Engagement Rates are on the Rise

Engagement rates also rise when posts include @mentions in photo captions.
In its research, Simply Measured found that the average caption length among posts published by the top 100 brands is 138 characters and includes one hashtag. However, only 36% of captions by the top 100 brands included another user’s name as an @mention. This is a missed opportunity given that Simply Measured found on average, posts which include at least one other user name in the caption have 56% higher engagement levels.

Simply Measured also looked at Instagram use by the top 100 brands to determine which industries are having the most success. During the third quarter of 2014, media brands were more active with 62 more posts published per month. Media brands also had higher engagement levels with 5,084 likes and comments.

However, it’s important to put these numbers in perspective. Only 34 of the top 100 global brands have more than 100,000 followers on Instagram. Of course, this is nearly three times the number that had more than 100,000 followers back in 2012 (13 brands), but the numbers are still relatively small in comparison to what brands are getting on Facebook and even Twitter.