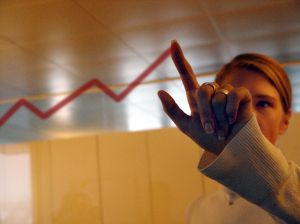 For brand marketers, automating processes does more than save time. It also increases lead generation and conversions. That means an investment in marketing automation can increase sales revenues.

A new study by Ascend2, the Marketing Automation Benchmark Summary Report, found that of marketers who are already using marketing automation, only 7% believe that it has not be successful in helping them to achieve important objectives. More than one in three marketers (69%) who responded to the Ascend2 survey indicated that marketing automation has been somewhat successful for them, while nearly one in four (24%) believe it has been very successful for them.

Brand marketers are using marketing automation in a variety of ways and few have the skills needed to fully leverage the opportunities it presents. Nearly one in two marketers who responded to this survey have to outsource some (41%) or all (7%) of their automated marketing campaigns.

As with all marketing tools and marketing campaigns, metrics matter. Marketers involved in this study believe that the most useful metrics for measuring marketing automation performance are:

There is no doubt that marketing automation tools can help you execute more efficient and more successful marketing programs, but without the right skills to use those tools and accurately analyze the data provided by the tools, your success with them will be limited. I believe that employee training on using marketing automation tools (among others) is an investment that would pay off for almost any company. Would you agree?

How have you effectively integrated marketing automation at your company. Leave a comment and share your success story. 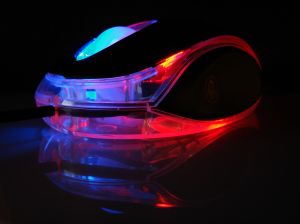 Where does traffic to your branded website come from? Check your analytics data and it’s highly likely that Facebook will be near the top of the referrer list. That’s because Facebook now accounts for nearly a quarter (23.9%) of all traffic to websites. In other words, social referrals, particularly social referrals from Facebook, are getting more important every day.

This data comes from the 2nd Quarter 2014 Shareaholic Social Media Traffic Report. The study was developed through an analysis of trends between the first and second quarters of 2014 as well as a year-over-year analysis to determine how social referrals have changed since mid-2013.

The final data was developed by analyzing the eight most popular social media platforms to determine the amount of traffic each platform referred to Shareaholic’s network of sites during each of the study periods (quarterly and yearly).

Looking at the year-over-year results is far more interesting. Here are some key statistics identified in the study:

The Lesson for Brand Marketers

The message for brand marketers is in the data. Social referrals should be an important part of your KPIs. You should focus your marketing efforts on the networks that not only drive conversions but also support your efforts to drive traffic back to your website through the sharing and conversations that they do online, particularly on Facebook.

This week, Foursquare unveiled a new logo and teased mobile audiences with a new, more focused Foursquare app. This change has been on the table for months, so the announcement does not come as a surprise.

Just last month, Foursquare launched its new Swarm app, which users were told would take over all “check-in” features previously offered through Foursquare. As a result, Foursquare would eventually kill the check-in process in its flagship app and turn that app into a hyper-personalized, local search tool.

In a blog post unveiling the new Foursquare logo and mobile icon that will be used for the new local search app, CEO David Crowley explained that the new logo is a combination of a map pin and a superhero emblem. It is meant to represent the new Foursquare. He wrote, “We’ve always thought of Foursquare as giving you superpowers to explore your city, and our new logo reflects that vision.”

Crowley promises that the new Foursquare will provide a unique user experience for everyone because no two people like exactly the same things. Users will enter some information, and as they use the app, it will learn their preferences. In the future, when a user is at a specific location and searches for nearby restaurants, it will know that the user prefers Mexican food and will deliver those results first. Rather than scrolling through a long list of restaurants that a person doesn’t like, that person will be able to quickly find restaurants that are likely to appeal to him or her. Imagine the targeted advertising opportunities!

The rebranding initiative is a good one. There is no doubt that Foursquare needs to start fresh, and with the introduction of the new Foursquare app, a new brand identity makes sense. I am surprised that the company chose to keep the Foursquare brand with the new app and created a new brand name, Swarm, for the app that took over the check-in utility. Yes, there is value in the Foursquare brand, but not all of that value it positive. How hard will it be for Fourquare to break free of its brand history and convince consumers to believe its new brand promise?

If the app is really good, the challenge will be far less onerous than it will be if the app doesn’t meet consumer expectations.

In YouGov’s mid-2013 global brand rankings, brands from the technology sector dominated the brand buzz lists in the United States, and the same is true in the 2014 Mid-Year Global Brand Ranking. In fact, if you look at the U.S. and U.K. brand rankings, little has changed since 2013 or 2012.

The Brand Index ranking measures thousands of brands in fifteen counties each day. Global brands fared better in the mid-2014 list than they did in the mid-2013 list, but regional and local competitors aren’t far behind.

The most buzzed about brands in mid-2014 in the United States according to YouGov’s Brand Index are:

The most buzzed about brands in mid-2014 in the United Kingdom according to the Brand Index report are:

The biggest brand buzz improvers in mid-2014 in the U.S. according to the Brand Index are:

In the U.K., the biggest brand buzz improvers in mid-2014 in the U.K. according to the report are:

Keep in mind, the Brand Index buzz rankings are created using a Buzz score, which is calculated based on respondents’ answers to a single question, “If you’ve heard anything about the brand in the last two weeks, through advertising, news, or word of mouth, was it positive or negative?” In other words, this ranking is far from a perfect science.  However, the results do paint a picture of which brands have been capturing people’s attention in fifteen different countries around the world.

You can follow the link at the beginning of this article to read the full report, which includes rankings and supporting details for the United States, United Kingdom, Brazil, China, Denmark, Finland, France, Germany, Japan, Mexico, Norway, Saudi Arabia, Sweden, The Netherlands, and UAE. 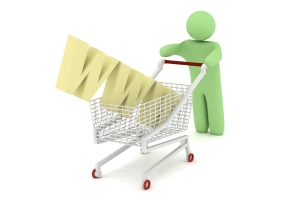 According to a new infographic from Baynote, data plays an important role in the online purchase path (see the infographic at the end of this article), but few companies are effectively navigating through the opportunities and roadblocks that all of the data creates.

Let’s take a look at some of the data to see what’s happening along the path.

Brands are also failing when it comes to mobile. According to the infographic, 54% of ecommerce transactions will happen on mobile devices by 2018, but many brands are still trying to fit their traditional marketing strategies and campaigns into the mobile space. In essence, they’re creating self-inflicted roadblocks that keep them from achieving their growth goals because a growing number of consumers will be frustrated with the brand’s mobile shopping experience.

The important thing for brand marketers to understand is that they can take control and remove many of the obstacles that lead to reduced conversions. Listen to the data. Turn roadblocks into checkpoints where you check the data, review the user experience, and make the necessary changes to reduce cart abandonment rates and increase positive reviews and social sharing. 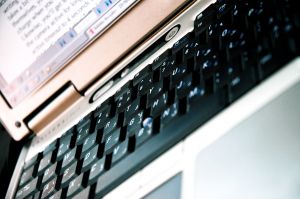 The data came from the CMI Executive Form held in San Francisco, California in May with 40 senior-level marketers discussing the present and future state of enterprise content marketing. The final report offers a number of key challenges and insights that are common among all or most of the executives in attendance, including:

Marketing silos exist everywhere, not just in big companies and not just in content marketing. Having worked in marketing departments for some of the largest companies in the world during my career, I can attest to the rampant existence of silos. Today, marketing needs to be integrated across the enterprise, and that includes content marketing. However, the challenge to overcome marketing’s reputation as the department that only likes to spend money is one that has evolved over many decades and is unlikely to disappear anytime soon. It’s up to leadership to build and support a company culture that values marketing, including content marketing. And that brings us to the next item…

Prioritizing content marketing has to come from the top down. Leaders and employees need to be trained on why content marketing is important to the company and the brand as a whole. The State of Enterprise Content Marketing 2014 report explains the challenges identified by executives related to company culture:

It can be difficult to get employee buy-in for content marketing. In addition, education is needed around social media governance, especially in companies where the C-suite is still “afraid” of what might get out. Training, as well as a flexible line of communication about content that can be shared across networks, can be invaluable.

Human Capital Resources are Hard to Come By

View the SlideShare presentation below for the complete The State of Enterprise Marketing 2014 report from the Content Marketing Institute.