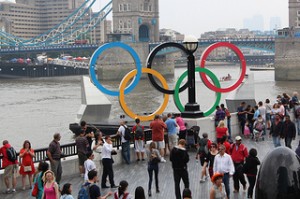 Test Becoming a brand sponsor of the Olympic Games is an expensive investment, and that investment doesn’t usually lead to an immediate uptick in sales. Instead, Olympics sponsorship typically delivers more long-term value in terms of increased brand awareness and reputation.

In fact, it could be argued that employees get more excited about Olympic Games sponsorships (and clients who often get free tickets to Olympics events thanks to those sponsorships) than consumers. Results from a Toluna Global Omnibus Survey revealed that most consumers in the United States don’t know which brands are sponsors of the Olympic Games.

In a survey of 1,034 U.S. consumers during the week of July 15, 2012 (just days before the 2012 Olympic Games started in London), most respondents could not correctly identify the sponsors of the upcoming 2012 Games. Here are the brands identified as sponsors by the survey respondents:

There are a couple of things to learn about this survey results. First, Olympics sponsorship does boost goodwill toward brands. Second, well-known brands that consumers expect to be associated with the Olympics in some way benefit from the event without investing in expensive official sponsorship. Placing some relevant ads, tapping into consumers’ emotions related to the Games, and keeping the brand top-of-mind can deliver similar results. For example, Advertising Age references a Nike campaign called “Find Your Greatness” that launched on the opening day of the Olympic Games in London. It’s a perfect way to merge the Nike brand promise with a current event (the Olympics) without investing hundreds of millions of dollars in sponsoring the Games.

What do you think of Olympic Games brand sponsorship? Is it worth the investment? Leave a comment and share your thoughts. 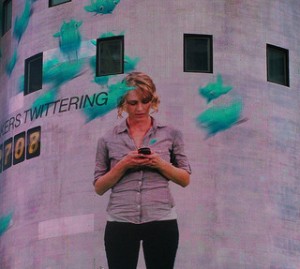 As if that’s not bad enough in 2012, only half of companies included in eMarketer’s research used social media to track and respond to consumer conversations and feedback.

First, take a look at the statistics related to the preferred method of sharing negative experiences about a brand or product according to U.S. internet users by age:

Clearly, if your target audience is 18-34 year olds, your brand needs to be spending time in the social media space both tracking conversations and engaging consumers.

Now, take a look at the top 5 reasons U.S. internet users use social media for customer service (all ages):

Based on those numbers, consumers are saying positive and negative things about brands via social media, and they expect answers from companies. Those conversations also affect companies’ bottom-lines because they can have a direct influence on buying decisions.

The content and conversations published via social media has a direct effect on consumer purchase decisions as follows:

Despite the fact that social media content and conversations are directly affecting consumers’ satisfaction with brands and companies as well as buying decisions, the majority of companies are not involved in social media enough.

According to the eMarketer study, preparedness of companies to deal with a social media-based threat is surprisingly low:

Consumers have been talking about brands and venting frustrations for years via the social web. The fact that so many companies are unprepared to respond to social media-based threats and that so many aren’t even effectively tracking and participating in social media conversations is shocking. These conversations certainly aren’t going to stop. What are the waiting for?

An infographic from Larry Buchanan was published on Adweek, which displays the highlights from the study visually. Follow the preceding link to take a look. 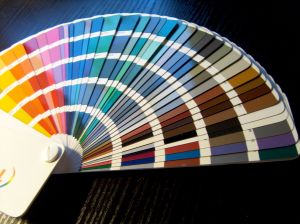 Thinking of using a leaf in your brand’s new logo design? You might want to think twice about that decision, because it’s not unique. That’s according to data from the U.S. Patent and Trademark Office as analyzed in James I. Bowie’s new blog, Emblemetric, which uses quantitative analysis from USPTO data to decipher and report logo design trends.

Nearly 3.8% of logos use a leaf in their designs (that includes generic leaves only, not specific types of leaves such as maple leaves or elm leaves). The trend of using leaves in logo design picked up steam in 2000, and today, leaves are considered a visual shorthand of an eco-friendly brand message. However, the use of leaves in logo design is even more popular in specific industries such as agriculture, chemicals, pharmaceuticals, and beverages (approximately 10%-13% of logos in these industries use leaves in their logos). Even the advertising industry is above average in its use of leaves in their own logos (approximately 4%).

Bowie also researched the use of color in logo design. He found that most logos include the colors blue, red, or green. Red took the top spot in the beverages and hospitality industries while blue is most popular in the chemicals, insurance, medical, and pharmaceutical industries.

More interested in the geography of logo trademarks? Bowie has analyzed that, too. He wanted to learn if logos differ based on the location of the companies and organizations they represent, and his research found the following geographic breakdown of U.S. logo trademark share:

So far, Bowie’s blog is interesting and entertaining. I’m patiently waiting for the swoosh and circle analyses – two of the most overused elements in logo design, in my opinion. What trend in logo design is most intriguing to you? Leave a comment and share your opinion. 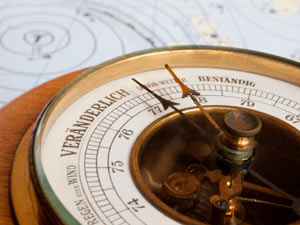 In my last post I talked about the role of financial theory in dictating that more forward-looking information be provided by investor relations.

In short, if financial theory holds that that the value of a firm is equal to the sum of its future cash flows, discounted back to a present value, then one of the jobs of investor relations is to provide enough forward-looking information to investors to allow them to make reasonable estimates of future performance.

Most investors, in making these estimates of future value, will construct financial models because you can’t just pick a number out of the thin air. Over the years I have seen a number of variations on how models get constructed, using earnings per share, EBIT, EBITDA, NOPAT and free cash flow to name a few. They are usually constructed using a five-year horizon but some optimistic modelers use a ten-year horizon. However, no matter how they are constructed, they operate in the same general manner, taking values in time, computing a final terminal value, and discounting the values and terminal value back to a present value, using a discount rate. As a result, some general observations can be made that can help investor relations practitioners keep the big picture in mind.

First, because most models rely upon year-over-year compounding, consistently improving earnings will be valued more highly than inconsistent earnings. Mathematically speaking, if a company’s earnings fall from 100 to 50 in a year, they have declined by 50%. However, in order for earnings to get back to 100 in the following year, they must go from 50 to 100, a 100% increase. When plugged into models that rely upon year-over-year compounding, erratic earnings in the form of years that show a decline in earnings result in much lower valuations than companies that consistently grow year-over-year. This is something that most investor relations officers understand intuitively, but it’s always nice to know there is an underpinning financial theory to it.

Secondly, also as a result of the way compounding and discounting work, investors will value consistent earnings more than the promise of big profits in the later years. This is the ‘Bird in hand’ theory. So-called ‘hockey stick’ projections, where earnings are flat for several years until the big payoff come in the later years, are less valued for two basic reasons:

The final effect of compounding and discounting to consider from the way financial models work is that a projected change in the earnings estimates has a greater effect in the earlier years than it does in the later years. Thus if an analyst trims estimated earnings for next year it has a greater effect on the estimated fair value of the stock than it does if the estimated earnings for year five are lowered.

Not all earnings projections are created equal and those closer to the present carry a greater weight. 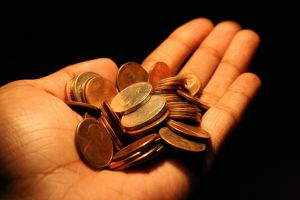 On a positive note, respondents to the June 2012 survey did indicate that their budgets are increasing. In fact, 72.9% of respondents indicated that their social media budgets would go up in the next year. Of course, the biggest problems for marketers are getting executive buy-in to gain approval for a social media budget and tracking results effectively. Companies that aren’t investing in social media yet (the 9.7% mentioned above) are falling way behind and will have a hard time catching up.

What do you think? Will your social media marketing and digital marketing budgets increase in the next year? Leave a comment and share your thoughts. 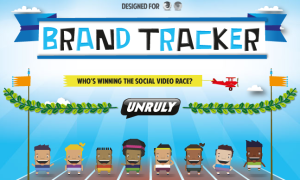 In a creative effort to identify which Summer 2012 Olympic Games sponsors are generating the most social video buzz, Unruly Media created an interactive Brand Tracker tool that tracks the 25 Olympic Games brand sponsors in “a race for advertising glory.”

You can check out the embedded interactive infographic below. Just click the “Start Race” button to watch the leading brands race down the track. The top three finishers take their spots on the winners’ podium at the bottom of the chart when the race is over.

This is not only a useful tool to identify which brands are getting the biggest boost from their Olympic Games sponsorship investments, but it’s also a clever way to track brand buzz related to social video sharing in near real-time (the tool is updated every 12 hours). The data used to create the Unruly Media viral video chart comes from the Twitter and Facebook APIs as well as Unruly Media’s proprietary blog scanning engine, which tracks links and embeds of video ads from multiple sites.

You can drill down to specific video ads that are driving the most buzz using the viral video chart, too. Just click on any of the three brands on the winners’ podium at the bottom of the chart to view the top three ads for each brand that are getting the most buzz. You can even click on the ads to watch them and view graphs that show sharing trends for each ad. As I write this article, P&G is far in the lead followed by EDF and BMW in second and third place, respectively.

Small technology companies excel at creating clever tools like Unruly Media’s viral video chart. Imagine how your brand could come up with similar interactive and fun tools to tell your brand story!