LinkedIn is hyping the benefits of following Company Pages as a great way to keep up with company news, job openings, and industry trends. A distinct effort is being made by LinkedIn to position Company Pages as very different from Facebook Pages for brands and companies. For example, AdWeek reports the following from the LinkedIn announcement this week:

As LinkedIn’s director of corporate communications, Hani Durzy, told AdWeek, LinkedIn members are, “more strategic in their decisions to follow companies here as opposed to other networks.”

Companies that recognize the difference between audience expectations on LinkedIn versus Facebook or other social destinations will experience the highest levels of success through their Company Page activities. 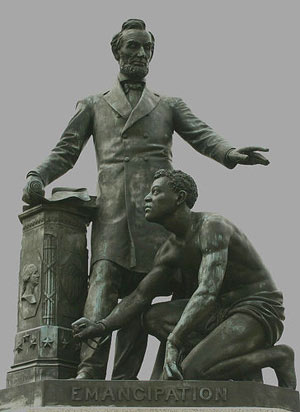 Most people know the London railway station Fenchurch Street because it was once important enough to be included on a Monopoly board.  Today, and quite bizarrely, it’s the only railway terminus in Central London which isn’t directly connected to The Tube.

Fenchurch, for those who are not Douglas Adams fans, is also the name of the lady who “finally knew how the world could be made a good and happy place” but was sadly blown up (along with the Earth) to make room for an interspace bypass before she could tell anyone.

I have a certain sympathy with Fenchurch the lady.  I know how CSR can be used to make the world a better and happier place, but my solution has nothing to do with profits or the creation of wealth.

Thankfully I’ve not yet been blown up to make way for a bypass, but the way business continues to ignore human rights (as opposed to social engagement) is self defeating, This is why a new law in California, the eighth largest economy in the world, makes such a huge difference. END_OF_DOCUMENT_TOKEN_TO_BE_REPLACED

Americans born between 1978 and 1994 are now between the ages of 18 and 34. This is a generation of people that grew up with VCRs and may never have seen a black and white television let alone a television with a dial instead of a remote control. Even the oldest members of this generation spent most of their lives with mobile phones and Internet access. Many have never had the need to use a pay phone and have never seen a corded telephone with a rotary dial.

According to a new study by Nielsen, this generation has been dubbed Generation C — the Connected Generation, and they’re changing the world of media consumption in ways previous generations saw only in Star Trek episodes and James Bond movies.

As Nielsen explains, this generation “is taking their personal connection—with each other and content—to new levels, new devices and new experiences like no other age group.” Members of Generation C make up 22% of the population of the United States, and their preferred media consumption habits are changing the way brands communicate with consumers.

This generation of people might only make up approximately one-fifth of the U.S. population, but they represent a large segment of consumers who watch online video (27%), visit social networking sites and blogs (27%), own tablet devices (33%) and use smartphone devices (39%). They truly are “always connected” and they expect everyone else in their world to be connected at all times, too.

Brands have to find new ways to stand out in the clutter of media messages that members of Generation C filter through each day, and brands have to learn how to break through that clutter through new media opportunities.

The need to redefine marketing for a new generation of consumers isn’t new. Advancing technology and communications and evolving social and political views play a large role in redefining each generation and marketing has to change as a result. If your brand wants to connect with Generation C, you need to start thinking and living like them. They’re unique, just like every generation before them.

You can get more details in the complete report: Nielsen and NM Incite’s U.S. Digital Consumer Report. 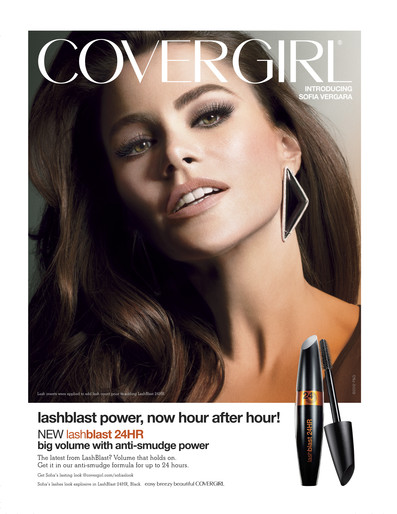 Research has shown again and again that celebrity brand endorsers don’t typically drive brand sales, but there are always exceptions to every rule. In a recent study, Women at NBCUniversal determined that several celebrity endorsers are making a positive impact on a number of brands. What will surprise you even more is who those celebrities are and which brands they’re pitching.

Women at NBCU used its Brand Power Index (BPI) to track 500 brands between August to December 2011 that are most talked about by women. The results of the study are based on a compilation of online search data, social media buzz, and person-to-person interviews. The celebrity endorsers and the brands they pitched that had the biggest impact on female consumers and got the most buzz from women were:

While these brand experienced a positive lift in buzz among the important female consumer audience in late 2011, the question is whether expensive celebrity endorsements drive the required ROI and whether that lift can be sustained. Every brand wants to raise awareness, increase positive sentiment, and drive buzz, but if that buzz doesn’t translate into sales at some point, then additional investments will need to be made to turn buzz into sales.

The lesson to learn from the Women at NBCU study is simple. Celebrity endorsers can have a positive effect on brand buzz and sales. However, this is an area where you need to tread carefully. Celebrity endorsers aren’t cheap and their reputations can change in a split second. Just ask Pepsi who learned that lesson when it ended its relationship with Madonna. That’s not the first or last time a celebrity endorser and brand had to part ways at the brand’s expense, and that’s not a road you want your brand to have to travel. 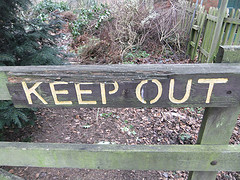 The 2012 List of Banished Words from Lake Superior State University is out and includes 11 words that people don’t want to see or hear anymore. Pay attention — these are words you should probably leave out of your marketing messages unless you want to annoy your audience.

The list of banished words has been compiled each year since 1076 using an international interview, nomination, and voting process. It includes words and phrases that people believe are overused, misused, or useless. These are the words and phrases that people actually want removed from the English language never to be used again. You can follow the link to check out the 2011 List of Banished Words.

1. Amazing: The overuse of “amazing” has rendered it useless to people around the world.

2. Baby Bump: This phrase made the list because people are “tired of a pregnancy being reduced to a celebrity accessory” which “makes pregnancy sound like some fun and in-style thing to do, not a serious choice.”

3. Shared Sacrifice: Scott Urbanowski of Kentwood, Michigan summed this phrase up succinctly when he said the term is “usually used by a politician who wants other people to share in the sacrifice so he/she doesn’t have to.”

4. Occupy: A word originally associated with the Occupy Wall Street movement has become the nom du jour for any event, movement, or idea that comes along.

5. Blowback: This word has become a popular buzzword used instead of “pushback” to refer to a negative reaction. The reaction from people who voted this word to the #5 position in the 2012 List of Banished Words was simple — use “reaction” instead.

6. Man Cave: An overused phrase used when referring to a room in one’s home dedicated to all things male. To voters for the 2012 List of Banished Words, “man cave” is believed to be overused and offensive.

7. The New Normal: In the words of Robert Brown of Raleigh, North Carolina, “The phrase is often used to justify bad trends in society and to convince people that they are powerless to slow or to reverse those trends. This serves to reduce participation in the political process and to foster cynicism about the ability of government to improve people’s lives.”

8. Pet Parent: A trendy term used in reference to pet owners when “pet owners” would suffice.

9. Win the Future: This political phrase is overused and no longer holds any value or meaning to voters.

10. Trickeration: This word was made up by football analysts to describe a trick play. Gene Bering of Seminole, Texas asks, “What’s wrong with ‘trick’ or ‘trickery’?”

11. Ginormous: The fusion of ‘giant’ and ‘enormous’ is overused and meaningless. This is another made up word that voters never want to hear again.

What do you think of the 2012 List of Banished Words? Will you remove any words and phrases from your marketing messages based on this list of words people never want to hear again? Leave a comment and share your thoughts as well as the word or phrase you’d most like to see removed from the English language. Here’s mine: “ideation session.”

PayPal launched a quick response (QR) code campaign for Valentine’s Day in Singapore that allows people to make purchases by scanning QR codes on large ads posted on subway walls. The QR code ads are being called “mobile shopping walls” and can be found in 15 subway stations throughout Singapore. PSFK reports that each ad featured a different Valentine’s Day product offer from one of eight participating retailers.

Consumers simply needed to download the PayPal QR code reader app to their mobile devices, and then scan the QR code using the app. Once the QR code was scanned, the consumer would be led directly to the login page for his or her PayPal account where the advertised product could be purchased instantly.

There is no doubt that these ads targeted impulse shoppers who needed to make last-minute Valentine’s Day gift purchases. For PayPal and the participating retailers, the campaign made it incredibly easy for consumers to respond to the ads and close a transaction quickly and easily. It’s great to see this type of direct marketing through QR codes which have been primarily used to lead consumers to informational pages, lead forms, and contests in the past.

Of course, QR codes are still in their infancy and until more consumers not only learn how to use them but also deem the effort required to use them as valuable enough, their growth will be slow. In mid-2011, comScore reported that only 6.2% of the U.S. mobile population had scanned a QR code on their mobile devices. The majority of scanned QR codes were found in newspapers and magazines (49.4%) or on product packaging (35.3%). Furthermore, 58% of mobile users who scanned QR codes did so at home, and 63.9% scanned QR codes at a retail or grocery store (39.4% and 24.5%, respectively).

It’s only a matter of time until we start seeing more brands using QR codes in creative ways and places to actually drive real-time, direct sales. However, the shift to launching transactional QR codes needs to happen quickly before a larger percentage of the mobile population perceives them as strictly informational and lacking added value. Education and re-education need to happen in order for QR codes to have a chance at long-term success for brands and businesses.

What do you think about the future of QR codes? Can they turn into transactional tools that add value to consumer brand experiences? Leave a comment and share your thoughts.