This week, Twitter announced on its blog that it’s rolling out an enhanced version of the promoted tweets program giving brands another chance to get in front of Twitter users. The question is how users will react to the new promoted tweets that will appear in their existing Twitter timelines with a small callout indicating the tweet is an ad as shown in the image below from Twitter. 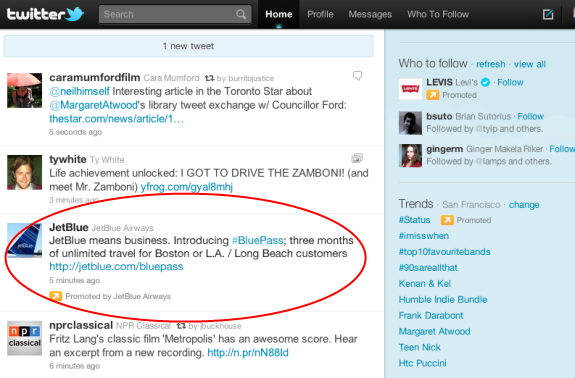 The new promoted tweets feature is launching with 20 brands, including:

Twitter claims that the number of promoted tweets users see will be limited so as not to hurt the user experience. AdAge estimates that four or five ads could be displayed in a single session. Of course, Twitter is quick to point out that users will only see promoted tweets from brands they’re already following on Twitter, so they’ve already expressed interest in receiving updates from these brands. With that line of thinking, Twitter expects the brand promoted tweets to be well received.

Brands pay for promoted tweets through a bidding process where they bid on a per-engagement price and pay when Twitter users actually engage with the promoted tweet by retweeting it, replying to it, clicking on it, or favoriting it.

July 27th marked the one-year to go date for the 2012 Summer Olympics in London. Sponsors are already dropping ads and highlighting their roles in the 2012 Games. According to MarketWeek, at least ten 2012 Olympics sponsors launched new ads and offers on July 27, 2011. The countdown to the Games has officially begun, and sponsors are ready to use that countdown as a form of tease marketing for their own brands.

Adidas is the official sportswear partner of the 2012 Olympic Games in London. A new promo spot debuted from Adidas to mark the 365-day countdown to the Games. The spot features Snoop Dogg, Warren G, and British Olympic athlete and world champion triple jumper Phillips Idowu in a 3-on-3 basketball game against three players from Great Britain Basketball. I’m not sure how Snoop Dogg ties into the Olympics and athleticism, but the spot is shown below. You can draw your own connections.

The London Olympic Games are still a year away, but the list of advertisers and sponsors, which is broken down into a variety of tiers according to BBC News, includes brands like:

More advertisers and sponsors are sure to sign on before the 2012 Olympic Games arrive as will the number of Olympics-related ads that are sure to be produced. The question is will consumers hit Olympics saturation level before the 2012 Games arrive? Even brands that are not official sponsors of the 2012 Olympic Games are starting to launch tie-in promotions. In London, MarketWeek reports that the top newspapers are already running special Olympics features and Aviva, a British athletics sponsor (but not an Olympics sponsor) is running parallel advertising.

What do you think? With Olympics Games happening every two years rather than every four years as they did when most of us were children, the excitement seems to have waned in recent years. With people around the world having access to so many television channels, so much content, and so many sports at anytime, the “one year to go” message might not be as motivating as it was twenty years ago.

Leave a comment and share your thoughts. Is it too early to start flooding media with Olympics sponsorship messages or is it impossible to reach saturation level when it comes to Olympics fever?

In December 2009, I wrote a post here on the Corporate Eye blog called Economic Considerations, Value and Store Brands Will Dominate Purchase Trends in 2010. Then in April 2010, I followed up with another post called 9 out of 10 Consumers Agree – Store Brands and National Brands Are Equal. Guess what? It’s time to talk about store brands again!

New research from Nielsen reveals that the U.S. recession of 2008-2009 drove huge growth for store brands as budget-conscious consumers from diverse demographics began to replace national brand purchases with store brand equivalents. It turns out, once consumers tried many of these store brands, they realized that the store brands are just as good (or very close) to the pricey national brands they’d been buying. According to Nielsen, U.S. store brand sales reached 22.3% market share in 2008 (nearly 2 share points higher than the previous year) and 23% in 2009.

Since then store brand sales have remained fairly flat. Turns out national brands took notice and ramped up their own marketing efforts to compete against the less expensive alternatives. However, a change in consumer perception definitely took place in the latter years of the first decade of the 21st century. No longer are store brands perceived as low quality and cheap knock-offs of national brand products. Today, store brands are a viable alternative in many categories.

The trick for store brands is convincing consumers to try them to see how comparable they really are to pricey national brands. Once consumers sample them and realize the quality is comparable, the trick is to convince them that they can trust that quality. They can expect the store brand to deliver the same quality every time the consumer purchases it. That’s a big hurdle for store brands to get over. If consumers can’t trust that a brand will meet their expectations for it every time, they’ll turn away from that brand in search of one that does consistently meet their expectations for it — even if that alternative is a more expensive national brand.

Nielsen offers a variety of strategy recommendations to grow store brands (follow the preceding link to read the complete list of suggestions). For example, invest in quality, keep prices affordable, and broaden the demographic appeal. In short, store brands shouldn’t be the brand consumers are embarrassed to buy. Changes in store brand perceptions and expectations have to be made in order for the masses to start buying them.

What do you think about the future of store brands? Leave a comment and share your thoughts.

It is time for a new corporate governance editorial focus. Why?

Corporate governance has a long history, perhaps beginning as far back as the 4th century BC, when the Chinese philosopher Mencius argued that it is acceptable to overthrow corrupt or unjust rulers, through the establishment of joint stock companies (perhaps as early as the 13th century, but certainly by the 17th century) and stock exchanges to facilitate the sale of stock, to the US Securities Act of 1933 – the first to regulate the securities markets, particularly with respect to disclosure – and the development of corporate governance codes in the 1990s. In 2002, in the US, the Enron collapse and other corporate scandals led to the Sarbanes-Oxley Act; and in 2009, the UK Walker Report recommendations were published, closely followed in 2010-11 by revisions to the UK corporate governance code, and the development of a stewardship code for institutional investors.

Still, two and half millennia of governance experience, and many regulatory and legal interventions seemed to do little to prevent the catastrophic 2008 world economic collapse. The reaction is dramatic…

Richard Cellini, senior VP of business and legal affairs at Integrity Interactive Corp.
“After the Storm”, The Conference Board Review March / April 2009

This broad sweeping commentary is supplemented by others who focus on more specific items:

Well there it is: our new corporate governance focus.

Let us know what you think. Comments Please: readers are encouraged to provide their thoughts on what they believe should be covered in future posts. 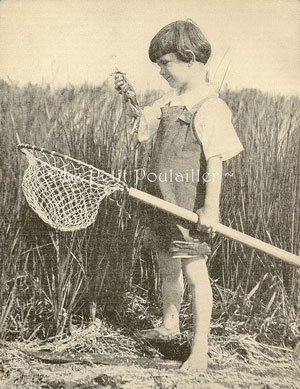 It seems almost crass to hitch yet another article to the Murdoch dark star, but a quote the other day really sums up what this post is about.

You have to remember this is all about power .. who has power over whom and why.

No other phrase could sum up what business-as-usual is all about quite as succinctly.

This is what is meant by office politics: the judicial exercising of power over others, and it is that which defines a business on the wider stage, not necessarily its commercial offering.

So let’s take this from the top.

END_OF_DOCUMENT_TOKEN_TO_BE_REPLACED

New data from a study conducted by WordStream sheds some light on how Google makes its billions and billions in revenue each year. The answer is just one thing: advertising. In fact, during the full year that spanned from the third quarter of 2010 through the second quarter of 2011, Google reported $33.3 billion in total revenue. $32.2 billion of that revenue came directly from advertising revenue.

As Google expands its online presence and its share of audience time and eyes with new tools and destinations (hint – Google+), opportunities for increased advertising revenue continue to grow. Google is a brand that’s well positioned to stay strong in the near future. Of course, how the company uses all of the data that it gathers about the online audience will play an important part in the future of the brand. This is a brand that must retain its brand promise or it will suffer some serious consequences.

However, with knowledge and money comes power. Google has knowledge about a lot of people’s online habits, and Google has a lot of money. Will they use that knowledge and power for good or will it corrupt? We all know what happened to News Corp.