Allow me to start with a gross over-generalization: retailers would rather investors get lost in their product offerings than find useful information about them.  I say this after poking around on a number of retailers’ web sites.  By and large, it is very difficult to find your way to the investor relations page from most retailers’ home page as the home pages are cluttered with wiz-bang deals for goods on offer you just can’t refuse. My poster child for this problem is Sainsbury’s, the British supermarket chain.  I started out at their home page and went to the logical spot, “About Sainsbury’s”, conveniently displayed at the top of their home page.  Nope, IR is not in “About Sainsbury’s”.  Nothing remotely resembling investor relations is listed under that tab.

Then I looked at the “Online Community” tab. Nope, not there either.  A perusal of their FAQs was of no use, and given all that went before, it was no surprise that their Help function was of no help either.  I was a bit put off by this point, but hey, these are only the owners of the company trying to get information, so why should management care if it is readily available? Finally, after much searching and a high level of frustration, I found a tiny tab at the bottom of the home page entitled, “Corporate Site”.  In desperation, I clicked on it and, what do you know, I finally got somewhere where I could learn about the company as an investment.

This is the worst design I’ve seen so far in terms of getting to the investor relations information area.  It took me at least 6 clicks to get there, – three times as many as your normal site and there was a very high treasure hunt factor involved.  Given that many investors today have an attention span roughly equivalent to the life span of a Mayfly, many will give up before they find out where to go.  On my completely arbitrary ratings scale of 1 (lowest) to 10 (highest), I give this a 5, a failing grade.  The only reason the ranking isn’t lower is that the investor relations section, when you finally get to it, is fairly serviceable.

One facet of the sustainability movement is that of corporate social responsibility, or CSR. This is the principle that businesses should recognise the wider social impact they have upon their and their suppliers’ workers and communities.

Many still misunderstand what is meant by this, believing it to be philanthropy rebranded. They limit their CSR activities to supporting grass roots causes, or donating a percentage of their annual income to a Charity of The Year.

Now a new report from makeITfair demonstrates how a simple business CSR policy, applied to the relevant employees, can profoundly affect the world, giving everyone a CSR buzz in their pocket – literally. END_OF_DOCUMENT_TOKEN_TO_BE_REPLACED 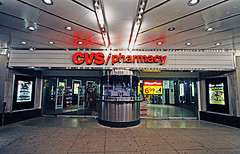 Even though store brands have lost much of the stigma they held 10 or 20 years ago as cheap knock-offs, there is still a certain level of negativity surrounding them.  Apparently, the negative brand impression was strong enough that companies like Wal-Mart, CVS and Walgreens are now calling them “captive brands” in an attempt to make them more palatable to a broader audience.

Retailers make more money selling their own brands then they do selling products from other companies, so it makes sense that a push to rebrand store brands is a popular new trend that’s catching on quickly.  Manufacturers are noticing that the rebranding effort is working as captive brands slowly steal market share from brands that once controlled the vast majority of categories on retail shelves.  END_OF_DOCUMENT_TOKEN_TO_BE_REPLACED

As popular as blogging has become for most companies and especially for corporate America, there are still new advances in social marketing that have yet to reach the phenomenal reputation that blogging has. Some companies are still playing catch-up to the idea of blogging, wondering what to blog about and when is a good time to blog. This is in no way indicative of the quality or potential that these companies or entrepreneurs have to offer, but while they’re strategizing their next blog content article, other corporations are in their home office studios or warehouse flats making their next vlog.

YouTube might very well be one of the most popular ideas of vlogging since it’s users can upload a myriad of videos ranging from music, business pitches, corporate developments, politics and news. Youtube’s variety of genres makes it one of the most highly-trafficked sites on the internet.

Vlogging is an interesting animal because of the technical requirements that it takes to orchestrate such a thing and the ability to include the business nature of blogging. In video blogging, the author has to not only create fresh, compelling content, but also has to have and exude a film-face and voice in order to attract and keep the listener’s attention. No, they don’t have to be os supermodel or GQ quality, but they do have to be able to engage the camera, speak to the listener in a friendly tone and present themselves well on camera. Fortunately, in this type of content sharing, you can speak off the cuff, even occasionally throwing a few uhm’s and ahh’s for good measure. Unfortunately, you cannot go back and edit, erase or remove any subject or content ideas because once your idea is spoken, it’s gone. You can edit and splice parts of the presentation, but the topic remains the same. In standard blogging, you can go back several times and edit, re-word sentences, change thought patterns, etc. Case in point: while writing this blog entry, I’ve already done just that several times before you read the final piece. That’s part of the beauty of basic blogging.

Video blogging can be done by almost anyone in the corporation, provided that they have an understanding or even experience with filming, being filmed, editing and presentation. It can be as simple or as sophisticated as the author wants it to be. However, because it is a different kind of social media outreach, it has to align with regular blogging by offering listeners something of value that will enhance their business or personal lives. But, will it work for your company? Check back with me on my next post as we discuss the benefits (or detriments) that vlogging can be to your corporation.

Here is a list derived from the Wikipedia source that shows what companies are vlogging, events that involved vlogging and important dates in this social media venue. 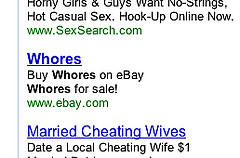 The Advertising Standards Authority (ASA) in the U.K. has decided that website publishers are responsible for all third-party ads that appear on their websites regardless of whether those ads are served based on content (such as Google AdSense).

Both large and small companies serve a variety of third-party ads on their websites, with Google AdSense being the most popular.  Have you ever visited a website and found inappropriate Google AdSense ads on that site?  For example, imagine you visit a blog about infertility and an ad for baby clothes displays.  That would be very inappropriate.  Not convinced?  Check out the picture in this post that shows actual Google AdSense ads displayed on a website courtesy of Flickr.  Imagine how inappropriate those ads could be. END_OF_DOCUMENT_TOKEN_TO_BE_REPLACED

As I write this Lehman Brothers and Merrill Lynch, two of Wall Street’s legendary giants have succumbed to the subprime mortgage crisis. But, the end is not in sight. There is no shortage of commentary on what caused this crisis and what to do in the future. C-suite greed, poor governance and corporate governance failing to keep up with the increasingly complex business environment, have been offered as reasons why the crisis emerged. All are to some extent correct. I see that this crisis will be a watershed of ideas for future posts.

Investopedia has a comprehensive review of the crisis. If you want some comic relief see this humorous video on the crisis.

Despite all the wrongdoing, there is an example of a company that flies in the face of the mismanagement, lack of leadership and greed that embodies the mortgage crisis: Shorebank. 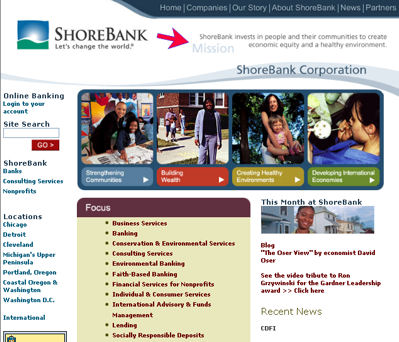 First, note their mission plastered right at the top of their homepage. This shows their social responsibility and they applied it to some good corporate governance in how they handled the mortgage crisis —

Fallout from the subprime crisis has been enough to make most bankers run, tails between their legs, away from any mortgage that carries the slightest whiff of risk. Then there’s ShoreBank Corp., which last September, just as the depth of the crisis was unfolding, hired a third-party firm to comb property records in some of Chicago’s poorest neighborhoods, identifying 10,000 homeowners at the highest risk of default due to predatory loans. It then began offering many of those folks a chance to refinance into fixed mortgages at reasonable rates.

By the end of 2008, CEO Joseph Hasten, 56, expects to have originated about 1,000 such loans, with a total exposure of $150 million on the books. “That’ll put a dent in that 10,000 number,” he says. “We weren’t going to stand around and let the effects of this subprime problem make its way through our neighborhoods.”
Bank Director Magazine – Monday, July 28, 2008

If more companies followed ShoreBank’s approach, the subprime crisis might have been avoided.

T. Rowe Price was another bright light. As early as 2006, their fixed-income analyst Sue Troll, had the insight to see something was wrong — “You could see that something was going to happen,” Troll recalls. “Credit spreads were tightening while fundamentals were deteriorating. It became apparent that the situation was going to get ugly.” At the time Troll’s position was not popular, but apparently her bosses had the integrity to guard the safety of their investors. I wonder how many times this might have been replicated in other companies to no avail.

There will be, no doubt, some fallout from the crisis —