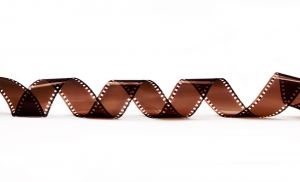 Good news for brand marketers—a new “Viral Spiral” interactive infographic from Unruly Media reports that sharing of video ads via social media has grown nearly 50 times in the past eight years. This is a trend that shows no signs of slowing down. In fact, the top 10 ads in 2013 were shared 28.8 million times, which is an increase of over 52% since 2012, and Unruly Media is currently tracking 500,000 shares of brand video content each day.

Unruly Media recognizes the 2010 Old Spice “The Man Your Man Could Be” ad as “the game-changer.” Since that ad debuted, shares of the top three branded videos have grown seven-fold. However, that Old Spice ad is not the most shared branded video of all time. That honor goes to Volkswagen’s “The Force” ad with 5.58 million shares, which debuted during the 2011 Super Bowl.

Advertisers have learned a lot about creating videos that people want to share via social media in the past eight years. For example, Unruly Media reports that the average length for the top three most shared brand videos has increased by 178% since 2006 (from 35 seconds to 96 seconds).

Unruly Media has tracked 365 billion brand videos since 2006 using a combination of its own proprietary technology and social media APIs and used that data as the basis for its infographic. You can view the Viral Spiral below. Not only can you filter the results by year, number of shares, sector, and more, but you can also watch all of the video ads without leaving the interactive infographic.

Are you creating brand videos that people want to share with family and friends across the social web?