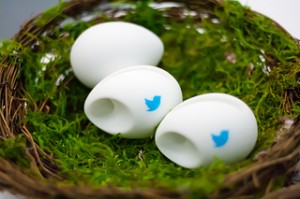 New research from Deutsche Bank Securities Inc. reveals interesting insights into Twitter users’ behaviors and perceptions that brands need to understand. The study found that nearly half of active Twitter users are very engaged and use the platform more than once per day. In fact, daily average use of Twitter isn’t far behind Facebook’s daily average use.

More than one out of two Twitter users (51%) want to learn about news and related events when they visit the platform. Furthermore, more than one out of three Twitter users (37%) use the social media platform to find interesting content and articles. In other words, Twitter isn’t just a communications and broadcasting tool. It’s very much a content discovery tool, which is very important for brands to understand and consider during the development of content marketing and social media marketing strategies.

Two areas of the study results are most important to brands: mobile and advertising. Let’s look at the results in both areas in more detail.

Mobile Twitter Usage and What It Means for Brands

The Takeaway: For brands, this means you need to create content and promotions that are mobile-friendly. Make sure links in tweets and ads lead to landing pages are mobile-optimized.

The study also found that of those Twitter users who have seen ads, 83% of them do not believe that the ads they’ve seen on Twitter are relevant or useful to them.

The Takeaway: For brands, these findings mean that Twitter advertising investments are unlikely to drive the return on investment they need. Fortunately, Twitter has introduced more audience targeting features to its advertising options. It is imperative that brands use those targeting tools to increase the relevancy and usefulness of Twitter ads so the audience notices them and takes action.

You can follow the link at the beginning of this article to read the full report from Deutsche Bank Market Research.