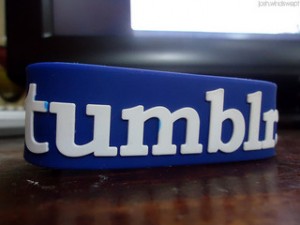 Tumblr referrals just got bumped up higher on many brands’ priority lists. The 2014 U.S. Mobile Benchmark Report from Adobe Digital Index was released this month, and Tumblr referrals were found to drive the highest revenue per visit (RPV) from mobile devices.

Another interesting finding for brands from the Adobe report relates to content sharing. Today, personalized content sharing through email and text messaging is more than twice as popular than group sharing via social media (70% to 30%). The breakdown from the report shows how significantly things have changed between 2013 and 2014:

For brands, it’s particularly interesting to note the change in Facebook sharing. Given recent changes to Facebook’s algorithm that makes it very difficult for content published on Facebook Pages to appear organically in Facebook fans’ feeds, the drop in user sharing adds one more log to the fire that is causing brands to pull back on their Facebook focus. On the other hand, Pinterest sharing is soaring and Tumblr revenue per visit is higher. Bottom-line, Facebook might be the biggest, but it’s not necessarily the best when it comes to connecting your brand with consumer audiences, particularly mobile audiences.

Have you shifted money or time away from Facebook yet to focus on more niche marketing opportunities? Have you considered doing so? Leave a comment and share your thoughts.

You can follow the link at the beginning of this article to access the complete report with all of the details from Adobe.