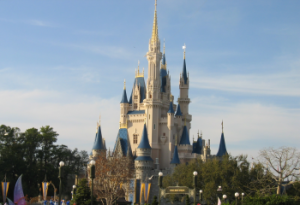 APCO Worldwide released its ranking of the top 100 most loved brands of the past 10 years this week, and The Walt Disney Company took the top spot. While that news probably doesn’t come as a surprise to you, the brand in second place might. Yahoo! ranked as the second most loved brand in 2013 despite its struggles in recent years.

To create its list, APCO surveyed 70,000 consumers in 15 major international markets asking them about 600 of the biggest global brands. The company measured eight separate emotions as part of its emotional linking model over the course of ten years. Using those findings, the top 100 most loved brands were ranked.

The eight emotions  in APCO’s emotional linking model include:

Taking a closer look at the top 25 companies listed above, I’d argue that a different emotional factor is actually at work driving the other emotional factors for a number of these brands—reliance. I’m not sure that consumers actually “love” Yahoo!, Google, or Sony the same way they “love” Disney. Instead, I’d argue that it is consumers’ reliance on some of these brands that causes consumers to rank them higher on APCO’s emotional linking model. For example, a large number of consumers rely on Google to find the information they want online, but at the same time, they don’t love how Google accesses and uses their personal information, tracks their behaviors, and so on. For many, it’s a love-hate relationship.

You can follow the link to see how each of the top 100 most loved companies ranked in terms of the eight emotions in APCO’s emotional linking model. One thing is certain. Based on this ranking, Netflix (ranked #7) certainly did a great job of quickly winning back the love of consumers after its disastrous mistakes in 2011.

Previous Post How to Turn a B2B LinkedIn Company Page into a Sales Tool
Next Post Half of Digital Ad Expenditures Come from Auto, Finance, and Retail Industries