United States President Barack Obama has been criticized of late for his overuse of the teleprompter, the device which aids him as he offers his riveting speeches and ongoing campaign of change for America. Even in the midst of a jostled economy and uncertain end, there is still criticism and focus on those things that can be considered non-essential or mundane at best. Can a teleprompter really be overused?

Some of the greatest speeches ever given by U.S. Presidents have not been without the aid of notes and teleprompters. They are quite handy if the orator forgets his lines or train of thought. Not to mention the awkwardness that can result if he loses his place in his paper notes, having not given the teleprompter a chance. The actual device itself is quite useful but has many organizations and individuals in a quandary because they feel as if Mr. Obama relies on it too much. The feeling is that he is not really “connecting” to the American people and talking to them instead of at them. CEO’s and other heads of companies use this media tool quite effectively as well to convey their own messages. But is this little contraption over-used and over-rated?

The media wants to get the news and developments first-hand, when-they-happen and not miss one complete iota of information that can be beneficial to their audiences. They want fresh, natural and relaxed news that they can use to report the news and entertainment. Perhaps the teleprompter hinders that? Maybe they are used a little too much and make the person appear less than genuine or that they are delivering a “canned” message?

CEO’s can and should use notes, teleprompters or any other aids they may need to effectively convey their message, but never to a point where their messages may appear less than genuine. This is where they may lose their audiences interest and sometimes even their own credibility. Delivering a speech should be with facts of course, but always, always from the heart.

Does your company’s CEO use teleprompters or any other speech aids? Does Obama’s use of his teleprompter affect you in any way or make you believe him less? 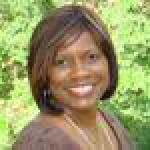 I am a freelance writer, blogger and professional motivational speaker. I primarily focus on business content, offering my clients strategic marketing strategies for their businesses. I have been an entrepreneur for over 13 years, after having worked extensively in corporate America.