Continuing our intermittent series of guest posts which I hope you’ll find interesting, we have a post from Joshua Bitton by Echosign about new technology’s significance to enterprise.

If it seems like you can’t run a business nowadays without Mark Zuckerberg, Steve Jobs, or Google CEO Eric Schmidt breathing down your neck, well, it’s because you can’t. Hi-tech companies are paving the way for industry (technological or otherwise) and businesses that ignore innovations in the field — ‘trendy’-seeming or not — risk falling behind in the silver age of exploration.

Here are some recent, valuable inventions in the world of technology that will help large and small companies alike remain robust and competitive: 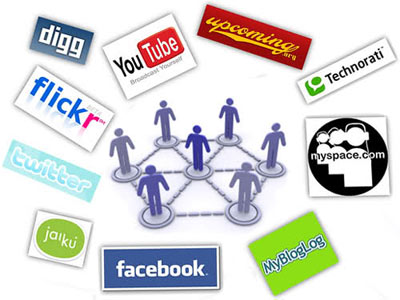 Contrary to popular belief, social networking sites aren’t just for pre-teens with internet-sized axes to grind, and fledgling entrepreneurs ignore them at their own peril: according to a Nielsen study conducted in January, usage of social media sites (Facebook, Twitter) increased 82% from December 2008 to 2009, and overall traffic has increased dramatically over the last three years. Facebook was the top contender, and on July 21, 2010, reported a staggering 500 million registered users.

The overwhelming popularity of social media has led some prominent companies to adopt a ‘social strategy’ as a crucial part of their marketing apparatus, and, in some cases, consider it a wholesale replacement for traditional means. Executives and business analysts maintain that social media promotes a new, more meaningful level of interaction and conversation with customers, as well as new heights of collaboration and trust among employees. And a genuine concern for customer wants and needs — combined with a killer social strategy — can even turn consumers into willing marketing allies. As John Munsell, CEO of Bizzuka, quips: “If content is king, conversation is queen.” 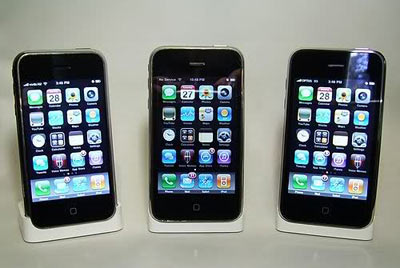 Mobile and Other Consumer Electronics Apps

We declare this the age of the iPhone. It seems that we do anything but gab on our phones these days, using them instead to shop, order takeout, take photos and video, or even deposit checks into our bank accounts. E-mail and calendaring remain the most common uses of mobile apps, but users increasingly want more — and developers are stepping it up accordingly. And while mobile electronics still control the ‘app market,’ as it were, more and more consumer electronic devices will begin to support them out of sheer business necessity.

Expect more machine-to-machine communication in the near future, as well: with innovations like Boxee ( where users can send films, television shows, and random video clips from the internet to their in-home television sets) gaining in popularity, app development can only increase exponentially.

Cloud Computing and Software as a Service

Cloud computing — it sounds a bit spaced out, right? It’s really a way to use software ‘on demand’ so as to prevent the fallout that inevitably occurs when buying software that quickly becomes outdated. Instead, companies can pay a subscription online to use the software service, preventing them from having to drastically change their infrastructure once a software package is uploaded. Service providers benefit, also, by significantly reducing the amount of overhead (i.e., money spent on advertising.)

In 2010, ‘Going green’ is more than a White House administration buzzword — it’s an already-developing multi-million dollar enterprise. In this age, hi-tech companies worth their salt invest in ‘smart grids,’ the faster, cheaper, more efficient cousin to the woolly mammoth of an electricity grid on which the United States not-so-comfortably houses itself.

According to the MIT Technology Review, “Reducing the need for these reserves will mean that fewer power plants have to be built to keep up with increases in demand for electricity, saving $100 billion in construction costs and curbing future greenhouse-gas emissions. Emissions can also be reduced by replacing fossil-fuel plants with zero-emission technologies, such as solar and wind farms.”

Our large energy reserves are costly, unwieldy, and prone to power failure, but new solutions are on the way. The creation of a ‘network of sensors’ will allow operators to locate and identify potential problems in real time, with automated controls. The new grid could even eventually accommodate hybrid and electric cars. More green, less cost. Sounds perfect.