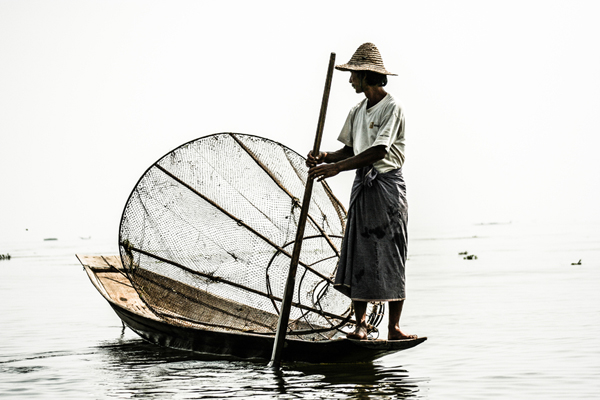 Some people like change – but most people don’t. This is the central barrier of persuasion. And overcoming this barrier is the most important task when engaging an audience through a user interface. The secret? Make your product the consumer’s status quo.

Most decisions come with a status-quo alternative. We can change our ideas, attitudes, and behavior – or we can change nothing, choosing to accept things as they are.

A phenomenon called the Status Quo Bias, or the tendency of people to systematically favor maintaining status quo rather than switching to an alternative state, is important in audience engagement. Below is information on how you can create the persuasive nudge that pushes the consumer over the edge of the status quo barrier into adopting your product.

When you think about how many times the consumer prompted by influential labels such as brand logos and slogans, it’s easy to understand why most experience cognitive paralysis and choose not to make a decision at all.

According to classic research compiled by social scientists William Samuelson and Richard Zeckhauser, the Status Quo Bias is the result of three things:[1]

1.    Rational Decision-Making – Humans tend to replicate previous decisions in effort to avoid the cost of transitioning. Sometimes, the change from status quo to something new is too overwhelming of an undertaking.

Take for example, the computer keyboard. Even though it could be revamped to improve efficiency, not a single soul wants to take on this task due to the overwhelming amount of time and money it would take for the entire globe to convert to the new keyboard. Basically, people are rational and have little desire to ‘rock the boat.’

2.    Cognitive Misperception – Also, losses have a larger cognitive impact than do gains. Therefore, in a psychological phenomenon termed loss aversion, the possibility of loss that is present in a decision is more cognitively salient than the possibility of gain.[2]

Another cognitive misperception, termed anchoring, occurs when the consumer uses an initial value as a comparison tool for all other aspects of the decision.[3] These comparisons, while they typically tip in the right direction, are frequently ineffectual against the Status Quo Bias.

3.    Psychological Commitment – Research also indicates that consumers want to justify previous decisions they have made, even if this means adhering to a status quo that is failing. They do so in effort to avoid the feeling of regret.  Regret is uncomfortable, and consumers will maintain the status quo just avoid acknowledging previous mistakes in decision-making. [4]

The Application: How to Make The Status Quo Bias Work In Your Favor

Interestingly, when the Status Quo Bias is used to connect with your target audience, it can work in your favor.  By using the two simple tricks below, you can address the three elements listed above, and overcome brand-switch inertia created by the Status Quo Bias. The trick is to make your website, product, or brand the consumer’s status quo.

For other applications on how to apply the Status Quo Bias to marketing, public policy, and even scientific advancement, review the academic article Status Quo in Decision Making.

[2] Tversky, A. and Kahneman, D. The framing of decisions and psychology of choice

[3] Kahneman, D. and Tversky, A. On the psychology of prediction