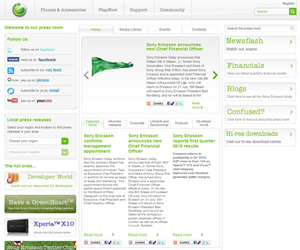 If we’d been assessing each of the sessions of the day to see whether they should go through to the next stage, this one would have got my vote.

Naturally, nobody was publicly humiliated and bleeped off stage, but the format of the session was entertaining, and enabled us to see 3 corporate social media newsrooms in some detail, with highlights presented by their ‘owner’, with commentary on each from the panel of 3 experts, and then questions from the floor. 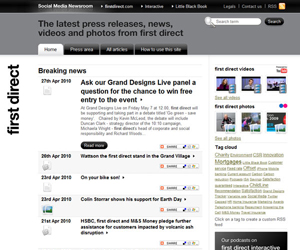 This meant that we could hear from the inside about the issues involved in getting the newsrooms established, which included:

These issues, which were mentioned several times, received a lot of nods and smiles from the audience, who clearly recognised the situations the speakers had found themselves in. 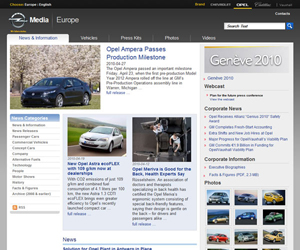 We heard about the intentions of the companies in moving towards a social media newsroom, and some of the benefits they found:

I was particularly impressed by the astonishing increase in the number of visits to the newsroom achieved by going social. This, together with the statistics presented by Simon Henderson from Centrica in a later session – that visitors to their CSR blogs visited 11 more pages than the average visitor, spent 8 minutes longer on site and were 10% more likely to return – makes a good argument for moving in this direction.

The experts appeared to be enthusiastic about all the sites, picking up on different good features of each. There did seem to be a slight divergence among the three on whether or not it was a good thing to merge news intended for consumers, news intended for the professional journalist, and content intended for reuse or sharing, with a suggestion that it could be of benefit to have a dedicated area for the professional in case of crisis. Two of the responses that I noted to these questions were:

For me, this was the standout session of the conference, and it’s well worth looking at all three of the newsrooms examined. I’ve included images (just click the image to see a bigger version), but they don’t really do them justice. Why not have a look at the newsrooms (links under each image above), and then let us know which you’d vote for – and why?

Previous Post Online Video Viewing up 37% in U.K.
Next Post Advertising, Social Media, and Neuroscience – Marketing by the Numbers