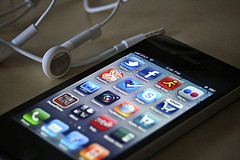 In a study by BzzAgent, the long-term effects of social media marketing were put into metrics that the numbers-hungry executives are sure to notice. At least, we hope they notice — and listen.

However, those are results that brand managers have been showing to executives for some time now. The significant findings in this study come from the long-term effects that social media campaigns have on brand advocates.

First, let’s take a look at the data from the study related to the likelihood that U.S. brand advocates would recommend a consumer packaged goods brand before and after exposure to a social media campaign. Data was obtained between summer 2010 and summer 2011:

Next, you can see how the purchase intent of U.S. consumer packaged goods brand advocates was affected before and after exposure to a social media campaign during the same time period — summer 2010 to summer 2011:

The important thing to remember is just as not every television ad or print ad will deliver optimum results, neither will every social media campaign. However, if you’re not experimenting and trying to learn the best ways to connect with your audience, particularly brand advocates, and motivate them to recommend your brand and purchase it via social media marketing, you’re missing an opportunity that your competitors are happy to take from you. Is that an opportunity your executives are willing to miss by leaving social media out of the marketing budget?