This is a guest post from Carla Sanchez, discussing whether to outsource your social media activity, or to do it in-house. What do you think? Do let us know in the comments below. 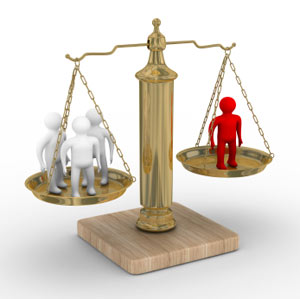 In the past few years, social media has quickly become one of the biggest online marketing tools available. According to Facebook, their site has 500 million active users, 50% of which log on in any given day. Some estimate that the number of Facebook users will double by the end of 2012. Twitter, the second largest social media site, had 175 million users as of the end of 2010. According to digitalbuzzblog.com, Twitter users send out an average of 55 million ‘tweets’ per day.

With the ever-growing popularity of social media, it is absolutely critical for corporations to develop a social media presence and utilize this medium to expand their customer base and build brand loyalty. The challenge for most companies is determining the best way to go about developing an effective social media marketing campaign. There are generally two ways to set up a campaign; outsource the process to an agency or hire a team internally. There are advantages and disadvantages to both options.

Outsourcing to an Agency

There are some potential advantages to outsourcing corporate social media campaigns to an agency, but there are also some pitfalls to be aware of as well.

1. Quick Campaign Implementation
When using an expert agency to set up the social media campaign for the company, the agency can generally set things up much quicker than employees working in-house. This is because a good outside agency or consultant has vast experience setting up these campaigns and knows what steps to take. On the other hand, an in-house employee will most likely require a learning curve to get up to speed.

2. Increased Exposure
A well-established consultant or agency will likely have an existing network that has a wider reach than can be achieved by setting up an in-house campaign. This allows the company to leverage this exposure to grow their own social networks much faster.

3. Potential Cost Savings
An outside agency or consultant can potentially save the company a lot of costs vs hiring an in-house team. When you consider the time and money involved in hiring new employees and training them to the level of understanding how to effectively operate a social media campaign, then paying them benefits, sick time, etc. Not to mention the cost in office space, equipment, and paying employees for ‘down’ time. The costs of hiring an effective outside agency will most likely be less than an in-house team.

4. Experience in the Industry
Perhaps the greatest advantage to using an outside agency is the experience they have in running successful social media campaigns for other clients. This experience allows the agency to implement an overall strategy using an integrated system of social media channels and tools. This is likely to produce far more effective results than using an in-house team that is learning as they go.

1. Campaign May Not Seem Genuine
The largest potential pitfall to outsourcing a social media campaign is the risk of not looking genuine to your customers. Since the essence of social media is having a two-way ‘conversation’ with your customers, it is important that they believe they are actually talking with the company, and not someone paid to send robotic messages that make no sense or indicate no understanding of the company or the brand.

This is very similar to the problem many companies have with outsourcing their call centers for sales and customer service to third world countries. They do this to save money, but many of their customers quickly realize that they are not talking to people who are truly part of the company, which in the long run damages the brand.

It is the job of a good outside agency or consultant to fully understand the company, the brand, and what they are all about, so that all the content created that goes out to their social networks will make sense, be useful for the customer, and build brand loyalty. However, not all outside agencies are created equal, so it is essential that if a company uses one, they get some references to make sure the particular agency they are considering is skilled in these areas.

2. Outside Agencies Have No Vested Interest
Even a very skilled outside agency is not likely to have the same level of commitment to the company as an in-house employee. Remember, an outside agency is usually managing several ongoing campaigns simultaneously, and if a mistake is made, it costs them a client, but it does not necessarily mean losing their job. An in-house employee running a social media campaign will be much more committed to making sure the messaging is correct, because their job depends on it.

Hiring an in-house team to run the social media campaign of a company can be challenging and will require a great deal of commitment on the part of the company for it to be successful. As mentioned above, it can be very costly to hire and train an in-house team and bring them up to speed on how to successfully run a social media campaign. The financial costs alone can be staggering, but the time commitment is also an issue. It will often take several weeks to train an employee and bring them to the skill level needed to match the effectiveness of an outside agency.

Even after the in-house team is trained and running the campaign effectively, you still have the ongoing costs of office space, wages, and benefits. Another issue to consider is that many times, when an employee reaches the skill level to run a social media campaign, they may no longer want to stay at their present ‘job’ after seeing the opportunity to make more money using their social media management skills somewhere else.

Even with these potential pitfalls, the importance of the corporate brand is hard to put a price on, and therefore needs to be heavily guarded. Despite the costs and the potential for employee turnover, it is always better to have the social media messaging controlled in-house.

For more information on hiring an in-house social media team, go to Mashable.

The best option for companies developing a social media campaign will depend heavily on their individual situation. The size of the company and the size of the budget allocated for the campaign are important factors. A good solution for many companies will be a combination of outsourcing and an in-house team. In this scenario, a company may choose to outsource most of the technical aspects of setting up the campaigns and networking strategies, but assign in-house people to control the content and the ‘messaging’ of the campaigns, to insure that the brand is protected.

In most cases, it is a good idea for a company to consult an outside agency to handle at least part, if not all of the initial set-up of a social media campaign. The reality is that most companies don’t have in-house staff with the depth of understanding needed to set up and run an effective campaign. When choosing an outside agency or consultant to work with, it is critical for the company to have them thoroughly researched and make sure they have a successful track record. When the company name is on the line, they can ill afford to leave this important marketing process in the hands of novices.

About the Author: Carla Sanchez is a freelance writer for Omniture.