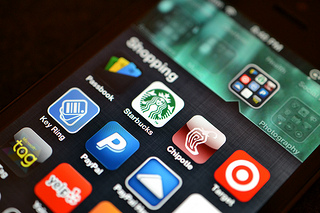 For business, marketing, and ecommerce during the fourth quarter of 2013, one thing dominated—mobile. Whether you look at retail site traffic, email opens, or digital transactions, mobile either took the top spot or gained significant ground during the final months of the year, particularly during the holiday retail season.

Research from a variety of sources shows us that mobile is becoming more important before, during, and after the purchase cycle than ever. Let’s take a closer look at a few of those research reports for the details.

Overall, IBM found that certain retail subcategories saw even higher increases in mobile sales. Year-over-year, mobile sales increased by 49.6% for department stores, 81.7% for health and beauty, 54.5% for apparel, and 38% for home goods.

Looking at devices, IBM found that tablet users are more likely to complete a purchase using their devices than smartphone users, and they’re likely to spend more money per order ($118.09) than smartphone users ($104.72). An even bigger gap is found between iOS and Android device users. IBM found that iOS users accounted for 12.7% of total online sales compared to just 2.9% for Android users (despite the much larger Android market share in the United States), and iOS users spent more per order ($115.42) than Android users ($83.56).

In a separate study of 1.3 billion opened emails by Return Path, it was reported that 51% of email opens happened through a mobile device during the 2013 holiday season. The percentage peaked on Christmas Day with 62% of emails opened that day on mobile devices. In fact, during the 2013 holiday season, Return Path did not find a single day when mobile didn’t take the top spot above both desktop and webmail for opens.

Return Path created the infographic below to visually explain some of the highlights from its study.

One thing is certain—mobile matters. In fact, mobile more than matters. Mobile is mission critical.

Follow the links above to view all of the details from the studies referenced in this article.