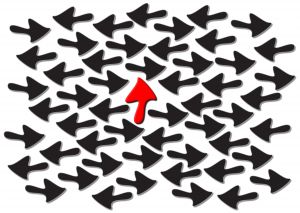 Google changes. We all know this. What Google releases today might not be here tomorrow. One thing is certain when it comes to Google, if the company isn’t getting the results it needs from a product or service, it shows no mercy. That product or service is eliminated—and quickly.

But when does change become too much for consumers? At what point do consumers reach change overload and turn away from a brand in search of another that consistently meets their expectations for it, which happens to be the very definition of branding. Is Google reaching change overload?

Defending the decision (undoubtedly in response to people who claimed Google Authorship photos were being removed from search results to appease advertisers who were losing clicks), Mueller writes, “In our tests, removing authorship generally does not seem to reduce traffic to sites. Nor does it increase clicks on ads. We make these kinds of changes to improve our users’ experience.”

On Search Engine Land, Eric Enge and Mark Traphagen provide some reasons why Google killed Authorship just three years after it debuted. Based on their research and analysis as well as discussions with Google’s John Mueller, they found two reasons. First, adoption rates by both authors and webmasters was low because implementing the code necessary to claim authorship was challenging. Second, Authorship offered low value to searchers based on Google’s research which showed no change in click-through rates for search results with and without Authorship photos and details.

Ultimately, Google claims Authorship cluttered search results and the user experience is better without it. We can assume that this is particularly true in mobile search results. As with all things Google, if a product or service isn’t adding value, it’s gone.

For most people, the demise of Google Authorship will be meaningless (remember that low adoption rate), but when combined with all of the other products and services that Google lured people into using and relying on before killing them, Google just might be getting close to change overload in consumers’ minds. If you can’t depend on a brand, you can’t trust it and you can’t believe in it. In other words, too much change leads to brand confusion, which is the number one brand killer.

How close to change overload do you think the Google brand is?