Given the interest over the last couple of days in the changes to Google search, I asked Rhys Wynne to comment on this for us. Rhys is a Search Engine Optimiser based in Manchester, United Kingdom, with over 5 years experience working in SEO, as well as 7 years experience in blogging & social media. Check out his website for links to his blogs & social media profiles, as well as a shortened CV. 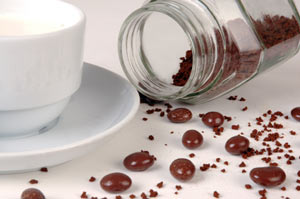 In the past couple of days, Google launched Google Instant, its newest evolution of its search engine.

It’s probably one of the most striking changes to happen to Google, as famous updates in the world of SEO (such as Google Florida & Google Caffeine), were more gradual algorithmic changes. Google Instant, whilst having little or no effect on its actual algorithm in ranking sites, can have an effect on the way your brand is perceived by the public.

Google Caffeine was the last big change, mostly algorithmic, which gave positive weighting to respective brands. While in the past you had to optimise your site to rank for certain words, recognised brands can now rank for phrases even without simple on page optimisation for that phrase.

Take for example the word "stationery":

Ignoring the top 3 paid-for results, the first three natural search results are Google’s best guess as to what I’m searching for (‘stationery’). Note that Staples appears in that list despite not having any of the best guess key phrases in the title or description. Furthermore, Google "Apple" and page 1 is dedicated to the company, rather than the fruit.

While Google Caffeine was largely a positive move for corporate brands in terms of SEO, Google Instant can be troublesome for some companies.

If you have searched on Google since the launch of Google Instant, you will see that Google provides results for searches as you type, furthermore it can also provide suggestions for related searches, as well as results for similar searches.

Not entirely sure what I mean? Here are the related searches for the word BP:

Stick the word "oil" at the end and you get this:-

Again, it’s a bit of an extreme example, but by even having that information on your prospective customer or client’s screen for a split second can be damaging, as Google’s Suggestions are based on other people’s activities, so if a majority of people are searching for your brand name in association with some negative press, it will likely appear in Google Instant’s suggest box.

What You Can Do In This Situation

Rarely does this happen, but it can. Luckily you can use the power of your brand to minimise the effect. Release a press release on your corporate news section, carrying out simple SEO tricks (such as mentioning the keyword you wish to target in the title, for example), that deals with the situation & communicates a satisfactory response to customers. Hopefully, you will rank for the negative keywords, as well as being picked up by sources.

Google Instant’s Implication For The Rest Of Us

In reality, if you have a strong, well respected brand that doesn’t suffer any PR nightmares, then the implication of Google Instant will be largely negligible. However, it is important to be aware of possible implications further down the line, as while ranking in Google hasn’t changed as a result of Google Instant, behavioural patterns by its users almost certainly will.

Thanks Rhys! Do let us know what you think, by commenting below: will this affect your brand?