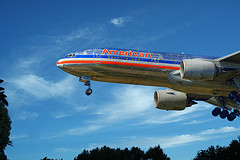 Raising brand awareness through entertainment marketing and product placement in movies and on television can bring significant exposure, but it can also cost a significant amount.

But what if you look at product placement from the movie and television studios’ perspectives?  Sometimes, studios pay companies to use their products, brand names, locations, and so on in movies.  How can you make their need work to your advantage?

Consider the movie Up in the Air starring George Clooney.  According to The New York Times, the movie’s studio team wanted to use real airline and hotel brands and locations to add authenticity to the movie.  Normally, the producers would need to find money in the movie’s budget to pay for access to locations such as airplanes, airport terminals, hotel lobbies, hotel rooms, and so on.  But for Up in the Air both American Airlines and Hilton Hotels offered their brand names and locations for free.

Not only that, but American Airlines and Hilton Hotels also created their own marketing campaigns that tied into the movie.  It’s a win-win situation for all sides.  The movie’s studio and the audience get the authenticity they need and want, and American Airlines and Hilton Hotels get a lot of free brand advertising because the movie has been well-reviewed and garnered a lot of buzz, including six Golden Globe nominations.

The trick is to match your brand to entertainment opportunities that put your brand in a positive light and allow you to create an integrated marketing plan that goes further than simple product placement.

For the American Airlines  and Up in the Air deal, entertainment public relations agency Rogers & Cowan did the negotiating.  Is this the first step in a new way of handling product placement?  Or is it a one-shot deal?  What do you think?

Sounds like an amazing opportunity for brands if you ask me.