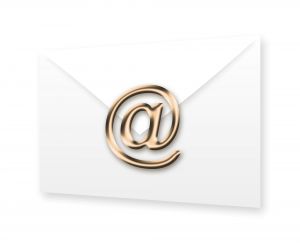 Looking at transactional data, Experian found that results were slightly down. Revenue per email in the fourth quarter of 2013 was tracked at $0.10, which was a decline from the $0.14 tracked in the prior year. Similarly, the transaction rate was reported at 0.08% and the transaction-to-click rate came in at 4.6%—both were down from the prior year. At the same time, bounce rates came in at 2.2% and unsubscribe rates were tracked at 0.12%—both slightly better than the previous year. Finally, average order value stayed the same year-over-year at $179.33.

In a special section of the Experian report, there is a detailed analysis of the performance of coupons in email marketing for the fourth quarter of 2013. Experian found that coupons performed better year-over-year across the board. Here are the key findings:

Comparing email marketing messages that included coupons that could be redeemed in-store, online, or both, you might be surprised to learn that in-store only coupons had the highest unique click rate of 3.3% (1.8% for online-only and 2.7% for online or in-store). Interestingly, most email marketing messages sent by the brands tracked in this study included in-store only coupons (80%). Only 70% offered online redemption of any kind.

The report shows that some email marketers are actually catching on to the importance of mobile. More than one out of five brands included in the coupon study (21%) enabled consumers to redeem their coupons by showing their mobile devices to an employee while they were in-store. This is a number that should grow very quickly in the near future. Unfortunately, it might not grow as quickly as it should since many brands are still not giving mobile the attention and budget it needs. What do you think?