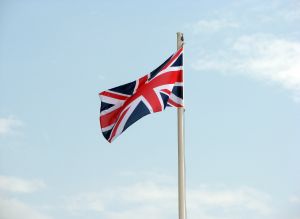 According to research compiled in an infographic by Offerpop, the United Kingdom has the highest proportion of social networkers in the world (52%). In fact, 95% of 16-20 year olds in the U.K. have logged into Facebook in the last month. However, social media penetration in the U.K. is highest in the 25-34 year old demographic, followed by the 18-24 year old and 35-44 year old demographics, respectively.

In the U.K., social media is a place where consumers actively engage with brands. Offerpop reports that 36% of U.K. consumers use social media to interact with brands. On Facebook, two Cadbury brand pages are included in the top three most liked Facebook Pages in the U.K., and on Twitter, Rockstar Games and Swedish House Mafia are the top two brands with over 1.5 million followers each (see the infographic below for details).

The Offerpop findings are in line with research conducted by eMarketer in February of this year, which predicted that 71% of U.K. adults will use social networks by the end of 2017. However, U.K. social media users are using Twitter, Facebooks, and other social sites for more than just interacting with each other. Separate research by video search website Blinkx released in August found that 43% of 18-24 year olds prefer to use social networks to look for content rather than using search engines like Google.

Back in August, The Daily Mail published an article reviewing the “meteoric rise of social networking in the U.K.” which included statistics from the Office for National Statistics and Eurostat. Bottom-line, Britons are prolific social media users, and while usage has grown quickly, it shouldn’t have come as a surprise to any brand manager when The Daily Mail reported in August that over half of all Britons were using social media. If you’re brand is available for purchase in the U.K., it needs a social media presence, because that is where your customers are.

You can see more details from the research compiled by Offerpop in the infographic below.