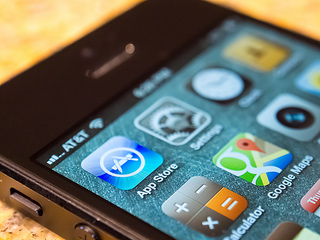 Who said a telecommunications brand can’t pique consumers’ emotions? AT&T proved that it could successfully tap into consumers’ emotions decades ago with its “Reach out and touch someone” campaigns. While the brand has lost some of its emotional connection to consumers in recent years, the marketing team has been trying to turn that around over the past 12 months with an ad campaign that is laser-focused on emotional branding.

John McDermott of Advertising Age reports that the AT&T “It’s Not Complicated” campaign, which features first graders discussing AT&T’s mobile service with an adult, has been very successful in emotionally connecting consumers to the AT&T brand. Both consumers and AT&T employees (the brand’s most powerful advocates) are reacting positively to the campaign.

You can watch one of the commercials in the campaign below.

This is good news for AT&T, a brand known for wireless coverage in the United States that is significantly inferior to the market leader, Verizon Wireless. McDermott reports that AT&T isn’t focusing on its competitors in its marketing strategy but rather the company is planning to extend its wireless offerings in the future. The question at this point is whether building an emotional connection through an ad campaign will work in the long-term if AT&T can’t back up the feelings its ads evoke with products that deliver on consumer demands.

Years ago, I worked for AT&T, and at the time, I was proud to be an AT&T employee. It was my first marketing job out of college, and I still have an AT&T paperclip holder sitting on my desk as I type this article. I have hope for the AT&T brand. Step one — set consumer expectations and consistently meet those expectations. An emotional connection will develop organically, which can be fostered through emotional advertising. Only time will tell what the rumored AT&T wireless brand extensions will be and whether or not they’ll be enough to make consumers believe in the AT&T brand again.