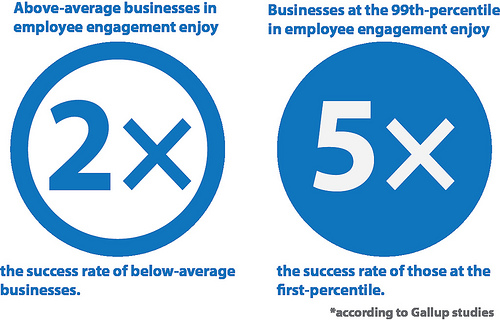 One of my great interests is how western capitalism (as focused through broad based consumerism) impacts those cultures and economies which don’t necessarily share such values.

This inevitably ends up as being a discussion about human and indigenous rights.  How the Bushmen are pushed off their mineral rich land, for instance, or how Apple’s i- revolution appears to have been underpinned by regular suicides.

I firmly believe that if western consumers knew of such tragedies they would think again about buying the goods they take for granted.  Who wants to know that their mobile phone has perpetuated civil war in the Democratic Republic of Congo, or that the cheap fashion they just bought may have just condemned another child to starvation?

There are many NGOs out there who seek to remedy this deplorable situation, and one of those who have my profound respect is Impactt.

Impactt are currently celebrating 15 years since their foundation.  As part of this they’ve released a report, entitled “Finding the Sweet Spot: Smarter Ethical Trade That Delivers More For All”, and will be hosting their first ever conference on the same subject in May.

However I’m left feeling rather hollow after reading Impactt’s anniversary report. Not because it’s a bad report … it’s an *excellent* report and I recommend it to anyone capable of clicking on a hyperlink.

My feeling of hollowness comes from realising that Impactt’s golden rules, while aimed at developing world supply chains, can be equally and just as relevantly applied to any UK or western business.

Gareth Kane, Director of business sustainability consultancy Terra Infirma, recently blogged Seven pathetic excuses for doing nothing on corporate responsibility.  He’s right, down to a T, on every single one; not just on the environmental side but on the social and supply chain side as well.

So these are Impactt’s rules, developed for international supply chains but just as relevant when every businessman inks a new contract.  When Impactt refer to “workers” they mean employees, subcontractors and freelancers.

1) Speak to workers as equals. Ultimately this is a matter of respect.

Much as yesterday’s Wild West coach driver was in charge of a team of horses, so today’s business manager relies upon harnessing the skills of others which he or she can never fully understand or appreciate.  Seniority in a company is all about what an investment driven business values, not about the empirical skills a person possesses or, even, the wage a person earns.

Business isn’t about power: get over the desire to dominate and instead learn to collaborate.  Good businessmen should always value their workers as equals, from the tea-boy up, and not treat them as animals to be whipped whenever results aren’t as expected.

2) Be curious: what workers have to say can be very important.

There are some wonderful cost savings stories out there. One of the best known is how the removal of a single olive from American Airline’s salads in the 1980s led to a saving of $40,000 per year.  Another is the Swan Vestas tale of how a factory worker’s idea of removing the striking strip from one side of the matchbox saved the company millions in the 1970s.

So workers can also have great business ideas around exploiting niches and bringing better products forward to the customer.  Only the tip of the iceberg is usually seen: those who have the confidence to set themselves up as entrepreneurs.

Countless other opportunities are lost to businesses because they’re not curious about what their workers think.  None of these opportunities can ever be fully leveraged unless a business treats those workers with respect, putting intellectual and technical insight on a par with financial and investment concerns.

It is this “employee liberalism” upon which the dominance of the likes of Microsoft and Google has been based.  It’s no accident that as the liberalism is stifled into still management structures, so the innovation of the company also starts to fail.

It’s a really fundamental part of engaging anyone in a formal environment but you’d be surprised how many managers don’t do it.  This is because business management is a form of politics through which you seek other people’s opinions and take on board those you agree with and dismiss those you don’t.  Promotions and sackings often hinge on such things.

But if you really want to engage, treat your workers as equals and be genuinely curious about their opinions, what then?

It’s easy.  Don’t try and get workers to reflect your priorities.  Instead, get to know their priorities and reflect them in management discussions.  Be open to change and get your board to understand that many of the best ideas grow from the grassroots up.

I’m not anti capitalist, but…..

In all honesty, there’s very little in these three golden rules which isn’t already part of accepted business practice.  But only if you put the word “pretend” and the front of each statement.  “Pretend to speak to workers as equals”; “pretend to be curious about what workers think”; “pretend to be open in your acceptance of workers’ opinions”.

This at the heart of what CSR is attempting to tackle.  CSR is not about enforcing blanket wide philanthropy upon businesses: it’s about a promoting a wholesale change in the imperative behind commercial activity away from maximised profit for shareholders towards equitable benefit for all stakeholders.

In other words capitalism is great, but it must realise that pursuing return on investment can have a detrimental cost on individuals’ freedom of expression, including their engagement with their client or employer.  The moment this is embraced by businesses and investors, the better it will be for business.