According to research released by Kenshoo Social, 20.3% of Facebook ad spending goes to mobile. That data came from an analysis of over two million Facebook ad clicks and conversion during November and December 2012 and can be viewed in the infographic below. The study also reports that Facebook mobile advertising currently carries a 70% premium with a $1.38 cost per click versus a $0.81 cost per click for Facebook desktop ads.

Click the image to view the infographic at full size. 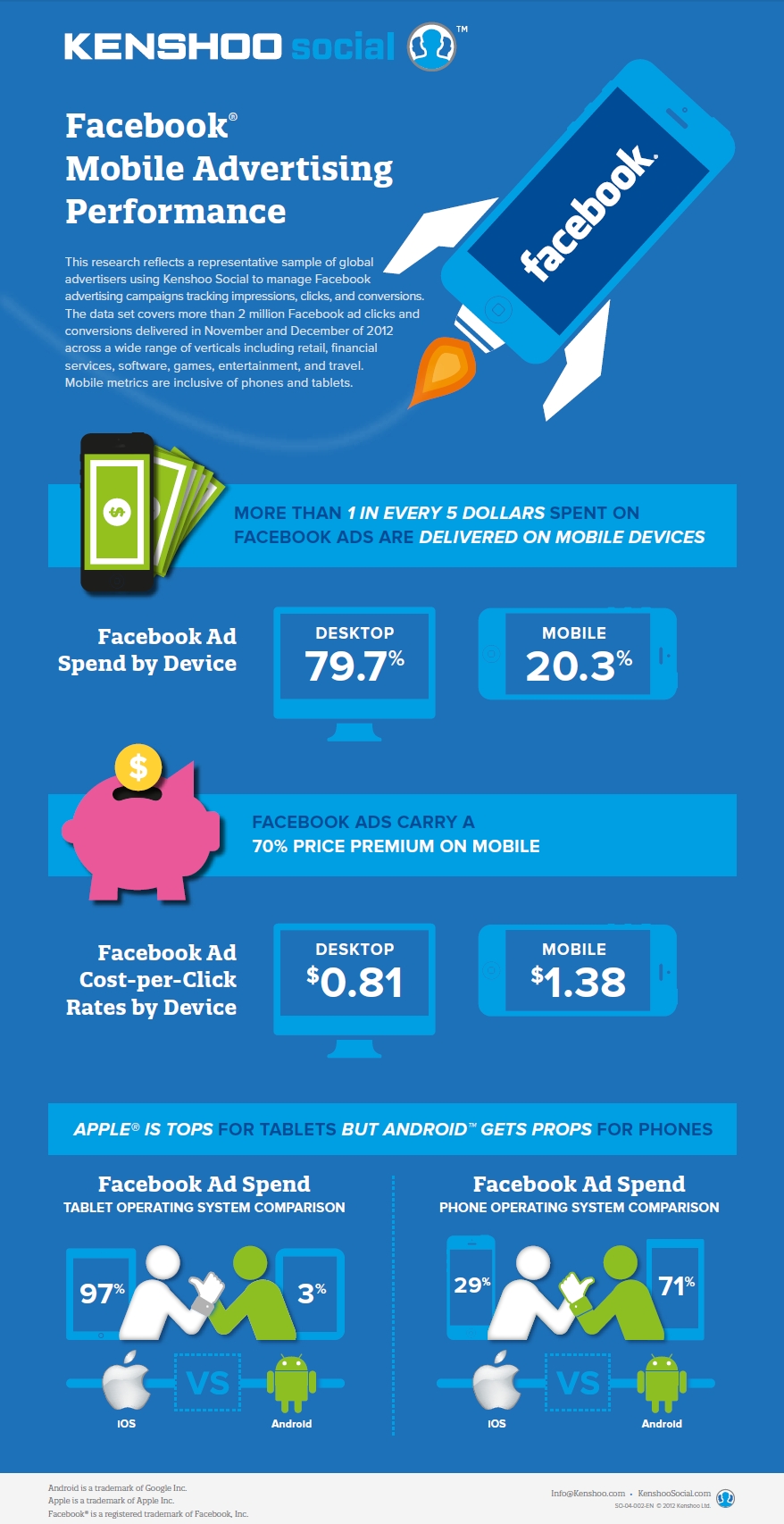 In recent months, Facebook has been putting a lot of effort into improving its mobile advertising options for brands, so these results are just the beginning of a trend that could grow very big and very competitive. With new ad units, targeting options, and more available to them, brands have shown a willingness to pay a premium to reach mobile Facebook users. The question remains as to whether or not the long-term results will be worth paying that premium. It’s still early in this game, and Facebook is determined to make it work as a big moneymaker for the company.