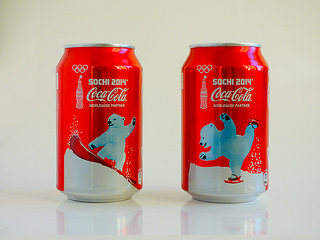 Only 52% of 2014 Winter Olympics viewers in the United States can identify a brand sponsor of the Games. However, many of those people cannot accurately identify brand sponsors according to new research conducted by YouGov.

Results are reminiscent of a Toluna Global Omnibus Survey from 2012 which found that most consumers in the United States didn’t know which brands were actually sponsors of the 2012 Summer Olympics in London. At the time, nearly 30% of brands identified by viewers as Olympics sponsors were not Olympic sponsors or partners in any form.

The new research from YouGov has found similar results for the 2014 Winter Olympics in Sochi. Of the 52% of Olympic Games viewers who identified brand sponsors, many named brands that were not actually sponsors. In fact, 36% of the brands identified as Olympics sponsors were not Olympic sponsors or partners in any form. Here is the breakdown from the 2014 research (follow the link above to compare it to 2012 Toluna Global Omnibus Survey data).

Percentage of U.S. Olympic Viewers Who Identify a Brand as an Official Sponsor of the 2014 Winter Olympics:

It’s interesting to note that Pepsi appeared in the fifth position on the list in 2012 and the third position in 2014. Clearly, brands like Pepsi are leveraging the Olympics through messaging and visuals that create a perceived connection between the brand and the Games without investing the huge sponsorship dollars that other brands are spending.

In a separate study this month by Experian, the Olympic Games were found to be very effective for brand advertisers to boost brand awareness through relevant brand messages and experiences. According to the survey results, 9% of American Olympic viewers are more likely to buy from companies that sponsor sporting events and 13% are more likely to be loyal to brands that sponsor sporting events.

The 2014 Winter Olympics are more than half way over. Brands should take note of these survey results, which are consistent from year to year. Smart brand marketers will consider this data closely as they develop future sports sponsorship investments, including future Olympic Games sponsorships.