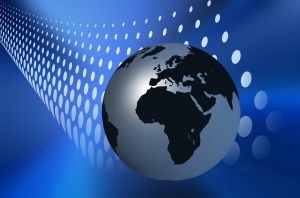 Thomson Reuters has released its annual list of the world’s most innovative organizations. The top 100 global innovators of 2013 represent some of the biggest brands in the world. They generated $4.5 trillion in revenue (more than twice the GDP of the United Kingdom), spent $223 billion on research and development, and added 266,152 jobs this year. These 100 innovative companies also outperformed the S&P by over $4 in annual stock price gains, 2% in market cap weighted revenue growth, nearly 9% in research and development investments, and an 8% job creation rate.

The Thomson Reuters list of the most innovative companies, which is based on a set of proprietary, patent-related metrics has been released for the past three years. Thomson Reuters points out that the methodology isn’t perfect. In a press release, Thomson Reuters explains, “The top 100 methodology, by virtue of its criteria, favors fast-moving, hyper-competitive industries such as semiconductors/electronic components and computer hardware, where product lifecycles are short and advancements in technology are demanded by users.” As a result, industries that typically have longer research and development cycles, such as pharmaceutical companies, are at a disadvantage in this ranking.

Some interesting highlights from the Thomson Reuters list of the top 100 global innovators include:

It’s important to note that the ranking methodology is based heavily on patent-related information. As a result, a company like Blackberry, which experienced a 61% jump in patent filings between 2010 and 2013, made it onto this list. Based on recent events, it’s safe to say that few people would agree that Blackberry is one of the top 100 innovative companies in the world today. Remember in April of this year when Blackberry CEO Thorsten Heins predicted that tablets will be obsolete by 2018?

You can follow the link to see the full list of the top 100 global innovators of 2013. Keep in mind, they are provided in alphabetical order. Thomson Reuters does not offer ranking order within the top 100.

An interactive visualization of the top 100 global innovators as ranked by Thomson Reuters is provided in the data visualization show below, which was published by Datsar.

Explore more infographics like this one on the web’s largest information design community – Visually.

What do you think of the Thomson Reuters ranking of the top 100 global innovators? Leave a comment and share your thoughts below.